It is with some trepidation that I read in The Hollywood Reporter that a new film of The Illustrated Man is in the works.

It's a great book, but I've always thought it a mistake to conceive of it as a single work suitable for screen adaptation. It is really just a short story collection with a bit of linking material, and the stories can stand perfectly well on their own.

The 1969 feature film, starring Rod Steiger, was a bit of a botched job. Some great moments, but definitely suffering from an ill-conceived script (by someone who Ray Bradbury described as a real estate agent rather than a screenwriter).

However, the new film is to be made under the direction of Zack Snyder of 300 fame. Although I consider 300 to be laughable in places, it was quite creatively done, so I am willing to trust in Mr Snyder for now. The screenplay will be by Alex Tse.

You can read the Hollywood Reporter story here, and a similar report at Variety.
Posted by Phil at 4:35 pm No comments:

Email ThisBlogThis!Share to TwitterShare to FacebookShare to Pinterest
Labels: Steiger, The Illustrated Man 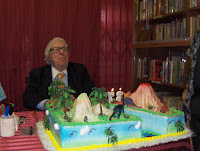 John Sasser very kindly sent me some photos from Ray Bradbury's 87th birthday celebration. When I get a bit of spare time(!), I will add them to the photo gallery. For now, though, here is a pic of Mr B with his dinosaur-themed cake! (Click the photo to enlarge.)

Present at the bash, among others, were Ray's friends and fellow writers William F. Nolan and George Clayton Johnson. Nolan presented Ray with his Pulitzer Prize Special Citation.
Posted by Phil at 10:38 am 1 comment:

Ray Bradbury turns 87 today, and continues his prodigious publishing output. I probably said this last year, but I'll say it again: he's another step closer to fulfilling the instruction given to him by Mr Electrico when he was a child: "Live forever!"

I heard from William Touponce of the Center for Ray Bradbury Studies yesterday. The Center's new journal The New Ray Bradbury Review is being prepared for publication, and will contain a number of articles about Bradbury's work as adapted for film, radio and television. It is due to appear early next year, and should have one or two surprises...

Today's New York Times has a rather charming portrait of Ray on his birthday, with an audio clip from an interview. You can read the story here.
Posted by Phil at 9:00 pm No comments: While trawling the web for Bradbury material, I came across a link for the TV film of The Halloween Tree. Like most such links, this will probably have a very short life expectancy, so grab it while you can. The film is accessed from this page. (You will need DivX installed on your computer: get it for free from here.)

News also reaches me of a download link for a radio production of Fahrenheit 451. For a while, this link held the promise of being a rare 1970s production from Studio 71 in Canada. Unfortunately, this turned out not to be the case. (If anyone reading this actually has a copy of the Studio 71 production, please contact me immediately!)

The download link turns out to be the 1982 BBC Radio 4 dramatisation by Gregory Evans. It's a fine production, which I happened to listen to only a week ago (from an ageing cassette off-air recording I made many years back) when I was researching for a paper on Bradbury and the BBC.

The download link for F451 is here. The play runs for about 90 minutes.

One of the earliest commercial recordings of Bradbury stories is a 1962 LP featuring Burgess Meredith reading two stories: "There Will Come Soft Rains" and "Marionettes, Inc."

As far as I know, this has never been released on any other format. The LPs are not exactly rare - they pop up on eBay from time to time.

The estimable Zombie Astronaut, whose blog is a constant source of audio rareties, some classic, some just bizarre, has posted MP3 files of this LP. I don't know how long the link will stay active, so you should listen while you still can: click here.

For more information on Bradbury material released on tape or disc, see my list here.
Posted by Phil at 8:20 pm No comments: 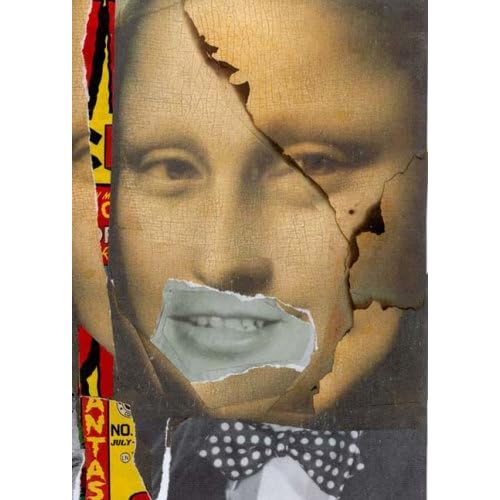 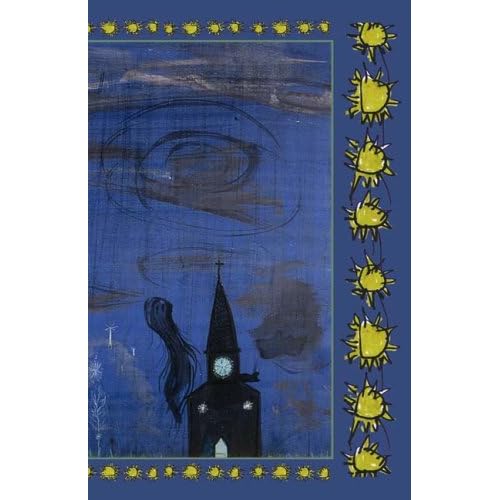 Now and Forever at Amazon.co.uk
Posted by Phil at 9:51 am No comments: