I finally got round to putting a batch of my Ray Bradbury writings online. You can view them on Academia here: https://wlv.academia.edu/PhilNichols

All of the articles are pre-publication versions, which means that there may have been some edits/alterations/corrections in the versions that were later published.

I can't claim any of these pieces to be highly academic, since I much prefer to write in plain English for a general reader. If you're looking for high theory, you've come to the wrong place. I'm probably most happy with the more recent articles, but the two pieces on Ray Bradbury and BBC radio show the best bits of original research.
Posted by Phil at 3:47 pm No comments: 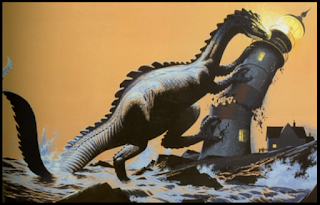 Ray Bradbury and animator Ray Harryhausen had remarkably parallel lives and careers. Both were born in 1920 (and so both are due a big centenary celebration in a few years). Both were members of the same science fiction group in Los Angeles. Both credited on The Beast from 20,000 Fathoms. Both with a love of King Kong and other classics of fantasy film and literature. They met in 1938 at the house of collector and editor Forrest J Ackerman, and remained friends for life. According to Bradbury, they "made a pact promising to grow old, but never to grow up".

In 1947 Harryhausen was best man at Bradbury's wedding, and Bradbury once described the wedding party crowding into Harryhausen's car afterwards for a trip across town. A few years later, Bradbury dropped in on Harryhausen at work on a new dinosaur movie, and was invited by producer Hal Chester to take a look at the script. Bradbury quite liked what he read, but pointed out that the scene where a creature from the deep destroys a lighthouse is remarkably similar to a scene in a short story he had recently written for the Saturday Evening Post. Chester's face flushed as he realised what had happened: the script had been inspired by Bradbury's story (or more likely the artwork which accompanied it), but the inspiration had been forgotten. Until now. Bradbury was paid for the use of the story, so when it came out, the film's poster proudly boasted that Beast from 20,000 Fathoms was "suggested by the sensational Saturday Evening Post story by RAY BRADBURY".

By the early 1960s Bradbury, now well and truly established as a short story writer, novelist and screenwriter, found himself separated from friend Harryhausen by the Atlantic, as Harryhausen found European locations and studios more suitable for the style of films he was developing. But they maintained their friendship through air-mail correspondence. Some of these letters have survived in the Center for Ray Bradbury Studies in Indianapolis. "Dear Brother Ray," Harryhausen would write from exotic locations in Spain; and he would sign off as "the Other Ray" or "the tormented one."

Occasionally Bradbury would send film ideas to Harryhausen - as he would send off ideas to anyone he thought was compatible with the idea: Federico Fellini, David Lean, Akira Kurosawa. In 1976, Bradbury shared his idea/outline "The Nefertiti-Tut Express" with Harryhausen, who in turn shared it with longtime producer Charles H. Schneer. Harryhausen reluctantly admitted that the idea wasn't suitable for the type of film he wanted to make, but wrote that one day the right subject would come along to allow the two Rays to collaborate. Alas, this would never come to pass, and The Beast from 20,000 Fathoms remains the only film where Ray B and Ray H have their names together on the screen.

Over the years, Bradbury built versions of Harryhausen into his stories. In 1962, he fictionalised a real-life encounter Harryhausen had had with a nasty producer. The result was the humorous short story published as "The Prehistoric Producer", but better known today as "Tyrannosaurus Rex". Here is how that story describes the painstaking stop-motion animator's art:

"Tyrannosaurus Rex" was later filmed for the TV series The Ray Bradbury Theater,with a script by Bradbury himself. In all honesty I have to say that it's not a very good episode - it was made on far too low a budget. However, for the all-too-brief animated sequences the producers enlisted French animator Jean Manuel Costa, winner of multiple Cesar Awards (French Oscars) for works such as Le voyage d'Orphée (1983) and La tendresse du maudit (1980), and therefore something of a French Harryhausen.

In 1992, Bradbury was one voice among many of Hollywood's great and good lobbying for Harryhausen to receive a special Oscar. The campaign was a success, and resulted in Tom Hanks and Bradbury introducing Harryhausen as he was given the Gordon E. Sawyer Award for his lifetime of achievements in animation and film-making. The Center for Ray Bradbury Studies holds copies of many of the campaign letters, and a list of the senders reads like a Who's Who of film-makers and special effects artists: Bradbury, George Lucas, Dennis Muren, Ken Ralston, Gordon Hessler, Miklos Rozsa, John Dykstra, Joe Dante, John Landis, Burgess Meredith, Charles H. Schneer, Jim Danforth, Rick Baker, Stan Winston, Gale Anne Hurd, Nathan Juran, Albert Whitlock... every one of whom wrote a loving tribute to Harryhausen, their colleague, friend or inspiration.

In 1993, Bradbury paid perhaps the highest tribute of all, by incorporating a fictionalised Harryhausen as a major character in his Hollywood novel A Graveyard for Lunatics. Special effects wizard "Roy Holdstrom" is a very thinly disguised Harryhausen, and accompanies the narrator in attempting to solve a murder mystery in 1950s Hollywood. Here is how the narrator first sees Holdstrom's workshop, which we can imagine is similar to what Bradbury saw back in 1938 when first invited into Harryhausen's garage:


Stage 13 was, then, a toy shop, a magic chest, a sorceror's trunk, a trick manufactory, and an aerial hangar of dreams at the centre of which Roy stood each day, waving his long piano fingers at mythic beasts to stir them, whispering, in their ten-billion year slumbers.

Bradbury wrote other tributes as introductions for Harryhausen's wonderful books, Film Fantasy Scrapbook and An Animated Life, and in 2010 also provided a video greeting for Harryhausen's 90th birthday BAFTA tribute.

Ray Bradbury passed away in 2012, and less than a year later Ray Harryhausen also left us. Alas, the two never did work together on a movie, but they both had long and successful careers and remained friends to the end. They also both lived long enough to see significant recognition for their work: Harryhausen with the Oscar and BAFTA tributes, and Bradbury with his French Order of Arts & Letters and his Pulitzer Prize Special Citation.

As 2020 approaches - the centenary of both Rays - it will be great to celebrate these twin talents, united at age eighteen with their shared passion for King Kong, and never divided.
Posted by Phil at 4:58 pm No comments: 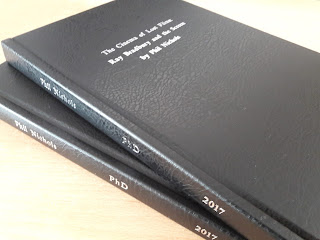 As I write this, I'm sitting in the Center for Ray Bradbury Studies in Indianapolis. I'm on a three-week research visit, gathering material for a proposed book on Ray Bradbury Theatre, Ray's TV series from the 1980s and 1990s. I've just spent an hour Skyping with the good people of the Ray & Diana Harryhausen Foundation for an episode of their podcast which should be released soon. Watch this space for more detail.
Posted by Phil at 3:37 pm 3 comments: 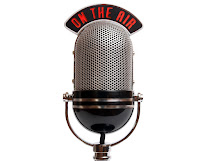 In May 2017, The Collected Stories of Ray Bradbury, Volume 3, is published by Kent State University Press. Covering just one year of the author's output (1944-1945), this third volume highlights not just Bradbury's prolific output, but the rapidly rising quality of his work at this time.

The full table of contents is as follows:

As with the previous volumes in the series, the stories are presented more or less in the order of composition, not the order of publication. This allows the reader, for the first time, to truly appreciate Bradbury's developing authorship. As I have pointed out before, reading Bradbury's short story collections can give a thoroughly false understanding of how he developed as a writer, since any given collection may gather material composed decades apart.

The period covered by this volume contains a lot of stories that eventually appeared in A Memory of Murder - a collection of stories which Bradbury would have preferred not to have seen the light of day. These are stories which appeared in detective and mystery pulp magazines such as Flynn's Detective Fiction and Dime Mystery. But there are also some significant classics, including a rare opportunity to see two versions of "Skeleton", and the story that would eventually evolve into Something Wicked This Way Comes, "The Black Ferris".

Currently, Amazon US has this volume available for pre-order at 50% of the publisher's list price. So if you were put off by the cover price, you might now want to reconsider!
Posted by Phil at 2:49 pm No comments: 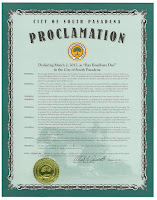 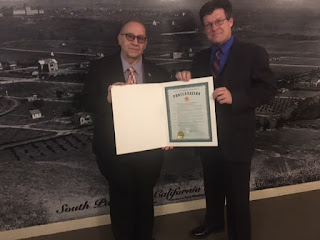 Ray Bradbury's Fahrenheit 451 has risen up the sales charts since Trump took office.

Last week, as the US inaugurated its new President, the phrase "alternative facts" hit the headlines. As spokesmen for the new administration started putting out revisionist accounts of recent events, comparisons were made with George Orwell's Nineteen Eighty-Four. Within hours, Orwell's dystopian novel saw booming sales - and in its wake, other classic dystopias such as Aldous Huxley's Brave New World and Bradbury's Fahrenheit 451 also rose up the sales charts.

Read more on this turn of events here:

http://www.inquisitr.com/3931617/dystopian-novels-top-sellers-after-donald-trump-presidency-with-george-orwell-aldous-huxley-and-ray-bradbury-topping-charts/
Posted by Phil at 8:41 pm No comments: