Bradbury 101 - new episode - The Golden Apples of the Sun

Here's another of my Bradbury 101 series, freshly released on Youtube.

This one explores Ray Bradbury's 1953 book The Golden Apples of the Sun, which was the first Bradbury book I ever encountered (in the mid-1970s). It's also the favourite of many Bradbury admirers that I've spoken to.

It has a blend of fantasy, science fiction and "realism" which places it apart from Breadbury's earlier books. And you could argue that this blend is what would characterise most of Bradbury's short story collections from this point forward. Viewed in this way, Golden Apples can be seen as a turning point in Bradbury's published works.

I hope you enjoy this. Let me know in the comments!

You can learn more about Golden Apples in my blog post from last year: https://bradburymedia.blogspot.com/2020/04/lockdown-choices-issue-4-golden-apples.html

Email ThisBlogThis!Share to TwitterShare to FacebookShare to Pinterest
Labels: Bradbury 101, Golden Apples of the Sun 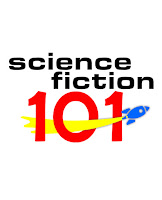 My other podcast, Science Fiction 101 which I co-host with Colin Kuskie, has a new episode out today. There's a very, very brief, passing mention of Ray Bradbury, but most of the time we're talking about science fiction in general. News, a discussion of space and why it's an obsessively recurring motif in science fiction, and our usual round of suggestions and recommendations of what to read and what to watch.

You can find Science Fiction 101 by clicking right here.

I've produced another brief episode of my audio podcast Bradbury 100, intended to bring you up to date with some things in the Bradbury universe. Listen to the episode below, or through your podcast app.

Orty and Sandy on Ray Bradbury & Comics, and Ray's Waukegan can be viewed here.

Listen to Bradbury biographer Jon Eller on Ray and the FBI on the Dead Writer Drama podcast from American Writers Museum.

Bradbury (and others) versus John Huston 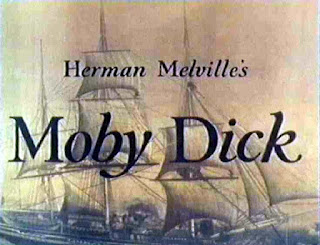 A well known part of Ray Bradbury lore is the time the author spent working on Moby Dick (1956) with Oscar-winning writer-director John Huston. Bradbury spent less than a year with Huston, yet that brief period had a lasting effect on the rest of Ray's life and career.

The screenplay credit on the film opened doors for him, enabling him to become a screenwriter who had freedom to choose which projects to devote his time to. The historical accident of Huston wanting to work in Ireland (where he had a home) led to Ray falling in love with Dublin and its people, some of whom would turn up as characters in the plays and stories he was inspired to write in the following decades. And the intense engagement with the text of Moby Dick itself led Bradbury to a fascination with the novel's mechanisms and symbolism, a fascination he had to work through for himself in his play, radio play, opera and novella Leviathan '99 - a space-age retelling of Herman Melville's book.

Eventually - about forty years after working with Huston - Bradbury felt compelled to pull together his recollections and his fantasies into a novel: Green Shadows, White Whale. The reader is left wondering how much of the novel to believe. On the one hand, it is a genuinely accurate reminiscence of some of his adventures with Huston, confirmed by third parties who were there at the time. But on the other, there are stories within - such as the ghostly "Banshee" - which can't be anything but the work of a master fantasy writer. 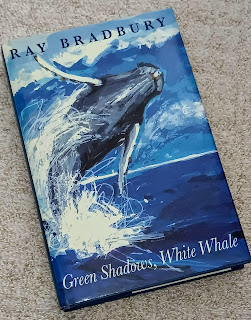 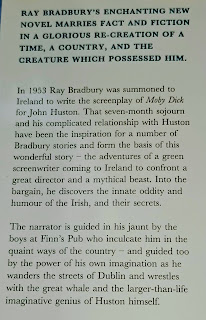 Bradbury isn't the only person who felt compelled to put their experiences with Huston on record...

Novelist Peter Viertel fictionalised his adventures in White Hunter, Black Heart, later filmed by Clint Eastwood. It can't be coincidence that the wording and rhythm of Bradbury's title Green Shadows, White Whale matches that of Viertel's. 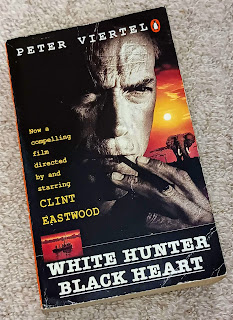 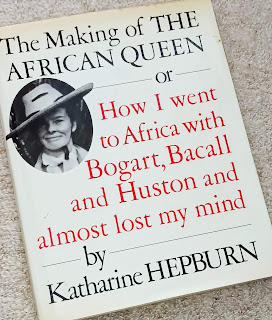 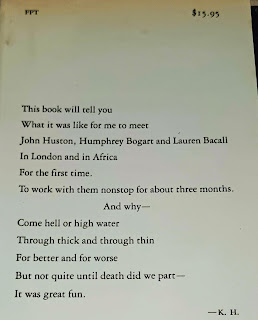 But way back before anyone else was writing up accounts of time with Huston, there was Charles Hamblett. He was with Huston in the Canary Islands during the filming of some of the shipboard action of Moby Dick, and found the whole thing so bizarre that he had to write a humorous novel about the whole affair, The Crazy Kill. 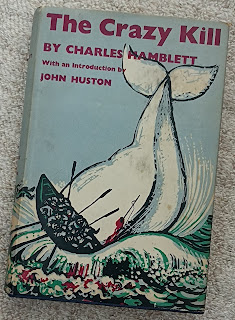 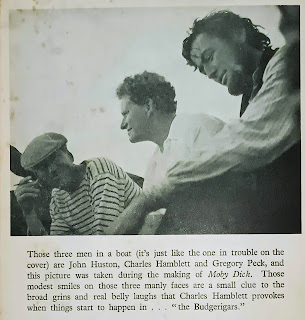