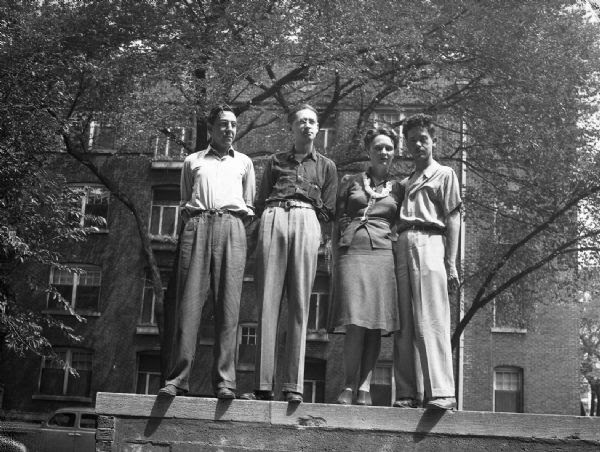 I recently received my copy of Nemo! It's a new hardcover from Subterranean Press, containing a complete screenplay by Ray Bradbury. I would recommend that you buy it - but it's a limited edition, and is already sold out*.

Nemo! is another one of those unfilmed Bradbury screenplays, but this one is slightly different as it's based on characters and stories by someone else, the cartoonist Winsor McCay. Bradbury was a frequent self-adaptor, but only rarely did he adapt the work of others.

Nemo! was written in the early 1980s for producer Gary Kurtz (of Star Wars fame), but the film spent years in development hell. It's based on McCay's early twentieth-century comic strip Little Nemo in Slumberland, and although it uses McCay's characters and premise, it apparently takes off into a free-flowing narrative which is as much Bradbury as it is McCay. (I say all this based on what I have heard; I haven't yet had time to read Nemo! from cover to cover, and nor have I read all of McCay's original strip!)

Eventually a film based on Little Nemo was released, ten years after Bradbury began work on the screenplay: Little Nemo: Adventures in Slumberland. Virtually nothing of Bradbury's screenplay ended up in the completed film, but he did receive a credit for the screen concept.

This convoluted production history is not mentioned in the Subterranean book. Although it is a beautifully produced volume, it is completely devoid of any of the introductions, forewords, afterwords or contextual essays I have come to expect from this publisher. Nor does it have any illustrations or any visuals from McCay's strip. Maybe that would have blown the budget. It does have a delightful cover, which gives a tempting suggestion of what a Bradbury-McCay animated feature film might have looked like.

Subterranean's page for the book is here, and if you want to explore McCay's original adventures of Nemo, you can find a collection of them at The Comic Strip Library.

*Update: it has been brought to my attention that, although Subterranean has sold out of this book, Amazon currently has stock. Details are here.

In the 1980s and 1990s, Ray Bradbury's stories and essays would pop up from time to time in Omni, a glossy magazine which always claimed to be devoted to science fact and science fiction. (In fact, I seem to recall the magazine carrying articles on UFOs and other non-science topics, and the Bradbury fiction they published was almost entirely fantasy rather than SF.)

All four of Bradbury's fiction pieces in Omni were first appearances:

The first three of these were later collected in Bradbury's book The Toynbee Convector (1988). The fourth was collected in Quicker Than The Eye (1996). Although these stories were what appeared to be a late flourishing of Bradbury's short story output, appearances can be deceptive. "Colonel Stonesteel..." was originally written in the late 1940s, and I think "Trapdoor" might also have originated in the '40s.

As for non-fiction, Bradbury supplied Omni with two essays:

"Beyond Eden" was another of Bradbury's celebrations of the manned space programme, in this case extolling the potential of the Space Shuttle to inspire us. Writing at least a year before the first flight of Columbia, Bradbury wrote:

How will it profit the men of New Bedford? How many kegs of oil can it bring to your Nantucket Market? Is there a seed farmer in the American fields, a churchwarden on his knees, an idler on Manhattan's docks who, looking up and seeing the Shuttle fly high, will be a penny richer, a  half-ounce of philosophy better, less given to ill tempers, more filled with salvation?

So might Starbuck have queried Ahab re the White Whale 50,000 nights ago. My answer must  imitate Ahab's, who said, touching his chest, "It will reward me here, Starbuck, here!"

For if the Space Shuttle is not as much heart and blood as it is mind and fact, then we shouldn't fly in Space at all.

Of course, at this time many proponents of the Shuttle were advocating the idea of the space truck, a rather mundane delivery vehicle that would get the job done routinely, quickly and cheaply. From this quotation we can see that Bradbury took a much loftier view. As so often with his pronouncements on space, Bradbury couldn't resist ending his essay with one of his poems, this one being "They Have Not Seen The Stars".

In "The God in Science Fiction", Bradbury observes that humankind's understanding of deities has evolved over time:


Somewhere back in time, the Sun God Apollo became the Sun God Christ, born in the week of the winter solstice to prove that the world had not died but would rise again in the New Year that was truly that week and not January 1.

Somewhere further along in Time. Christ moves in Space, cargoed on missions that, for Now anyway, take the name of Apollo. So old myth and new circumnavigate the stars, rebuild old dreams, promise again better destinies on faraway worlds we cannot now imagine.

From this premise, Bradbury then proposes that "Science-fiction writers will lean more and more into theology, forced by NASA's blasphemous intrusion on the Lord's-territorial imperatives to question where we  have come from and just where in Heaven or Hell we are going."  The remainder of the essay sees him accounting for his own handling of themes of religion in his science fiction stories, ranging from The Martian Chronicles to the then-unpublished Leviathan '99.

An almost complete run of Omni magazine is now available online via the Internet Archive. This allows us to read Bradbury's compositions as they originally appeared, complete with the lavish illustrations that the magazine was known for. Here are direct links to the Bradbury issues, which can be viewed/downloaded in various file formats:

Email ThisBlogThis!Share to TwitterShare to FacebookShare to Pinterest
Labels: Beyond Eden, God in Science Fiction, Leviathan '99, Omni, The Martian Chronicles 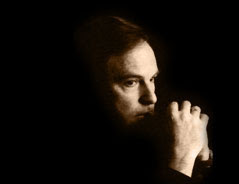 I noticed that director Rodion Nahapetov has updated his Bradbury page, saying that he hopes the long-planned Dandelion Wine film will go into production in the summer of 2013. For more details on the background to this project, see my original post here.
Posted by Phil at 8:00 am No comments:

Ray Bradbury's works have often been adapted to different media, sometimes by the author himself, and sometimes by others. Occasionally his works have inspired artists in other ways, such as the Canadian Ève K. Tremblay. Tremblay has created photographs inspired by aspects of Fahrenheit 451 and once attempted to memorise the whole novel - just like a Fahrenheit 451 book-person.

Tremblay's work is detailed in this article from Canadian Art.

Over at ArtCat, you can read the letter Tremblay sent to Bradbury which explains her intentions (scroll down to "Dear Mr Bradbury").
Posted by Phil at 8:00 am No comments:

You Bet Your Life

In 1955, after completing his work on the screenplay for Moby Dick but before the film was released, a 35-year old Ray Bradbury made an appearance as a contestant on Groucho Marx's long-running game show You Bet Your Life. It seems to have been Ray's habit to go without glasses around this time, and this is how he appears in the show. Groucho must have been a complete blur to him, as Ray was severely short-sighted for all of his adult life (and even escaped conscription because his eyes were so bad).


Let's see how Ray Bradbury copes with these tough questions on movies:

Email ThisBlogThis!Share to TwitterShare to FacebookShare to Pinterest
Labels: Groucho, Moby Dick, You Bet Your Life

As Ray Bradbury's literary reputation grew, he moved from the poorly paying pulp magazines to the more financially rewarding "slicks". This was a well trodden path for successful genre authors, and a path that would typically include writing for men's magazines. In Bradbury's case this meant Playboy and Esquire, among others.

He contributed six original short stories to Esquire between 1950 and 1955:

"The Last Night of the World" appeared in February 1951 - inside the cover pictured above. Shortly afterward, the story was collected in Bradbury's book The Illustrated Man, which is in fact the only Bradbury book it has appeared in. For some reason it was never selected for either of the two big short story compendiums (Bradbury Stories and The Stories of Ray Bradbury).

Esquire's website has the full text of "The Last Night of the World", and names it as one of twelve contributions Bradbury made to the magazine. Since there were only six original short stories, I am guessing that the remainder were either reprints or non-fiction articles.
Posted by Phil at 8:00 am No comments: