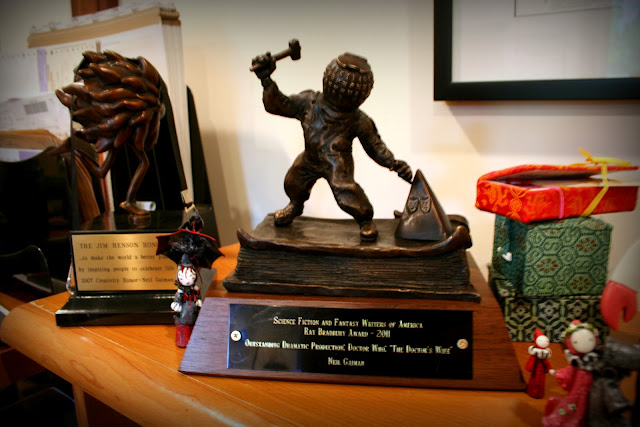 
Winners will be announced later in the year. Details of all the Nebula nominees can be found on the SFWA website. Previous winners are listed on Wikipedia, here.
Posted by Phil at 9:01 am No comments:

Here's a playful poster from a 2000 production in Alabama. Note the tiny acknowledgment along the bottom of the poster which mentions the various artists who inspired this piece - and note also that Bradbury seems to have something of Emperor Ming about him, Alex Raymond-style. 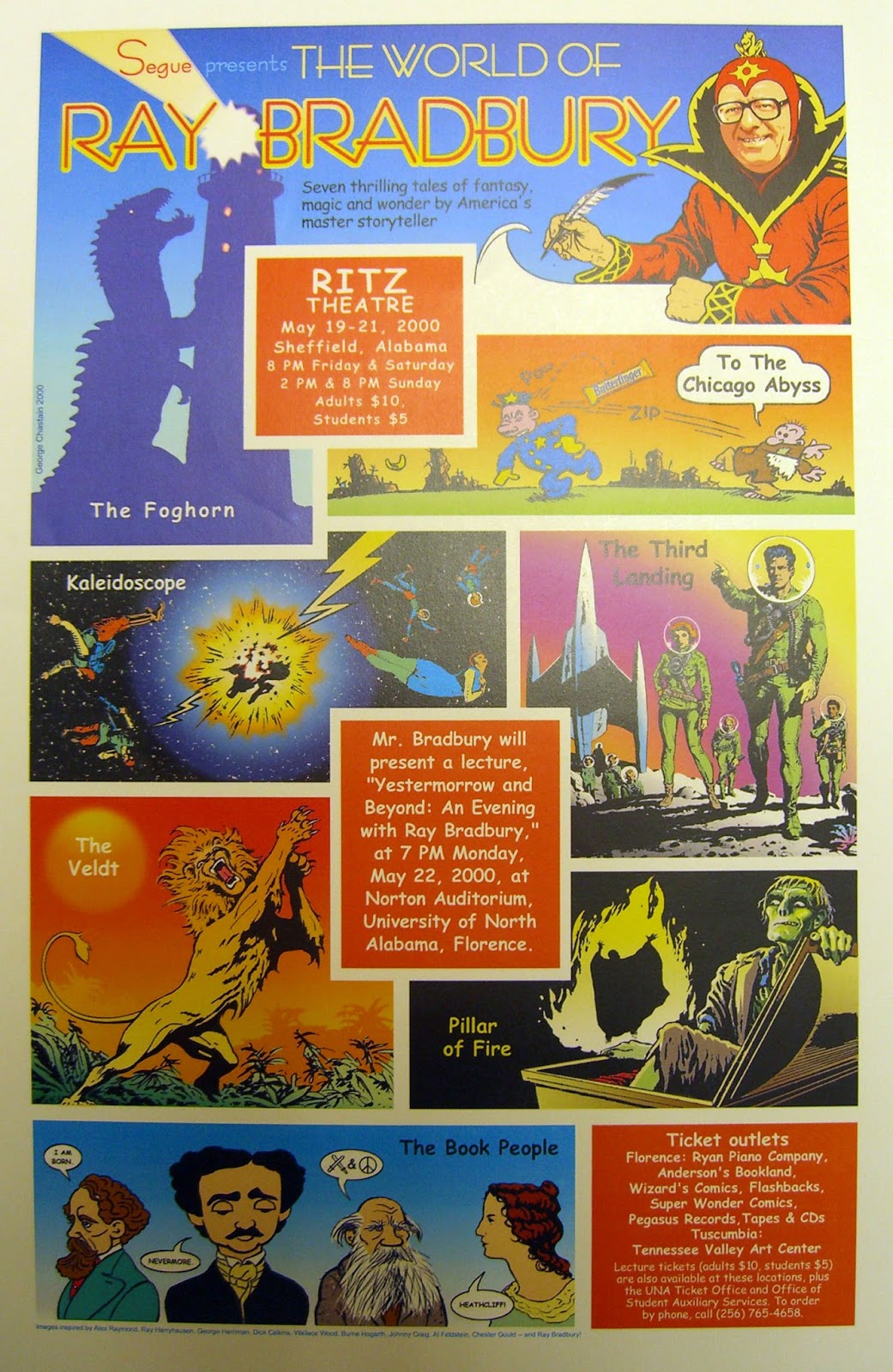 Here's a little-known interview, taken from a 1988 issue of Atlantis Rising, a PR publication from Atlantis Productions, co-producers of Ray Bradbury Theatre. Bradbury talks about the episodes of the series then in production, including "Gotcha", an unusual episode in which Bradbury created new material set in a fancy-dress party; this new material would evolve into the short story "The Laurel and Hardy Love Affair". 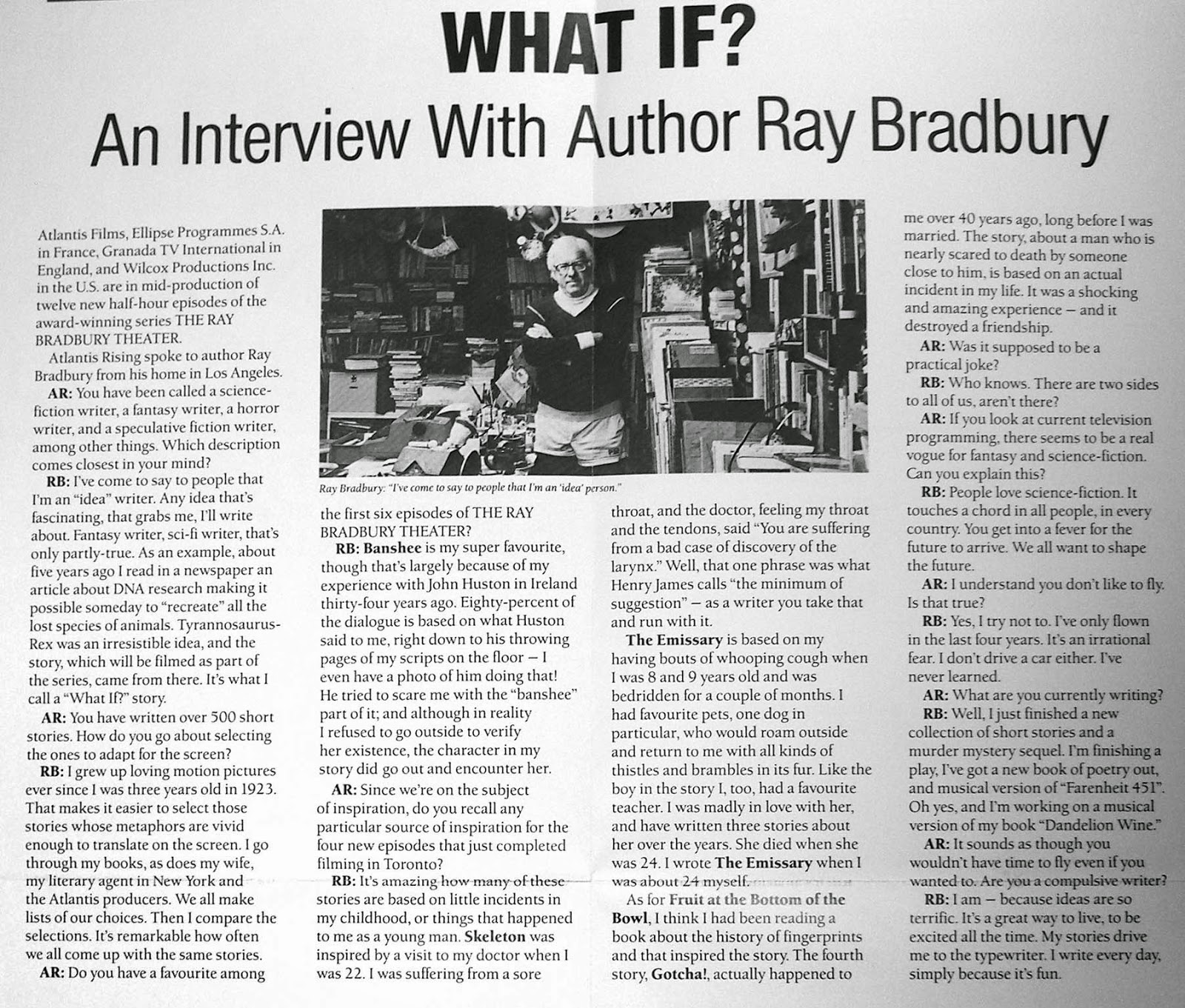 Remember VHS? When collecting a series would require a significant investment in shelving?

Here is an Australian set of sleeves for a VHS release of Ray Bradbury Theatre. Note the appalling number of typos, and the rather free-and-easy way the episode titles have been altered, presumably to save some space (for example "The Haunting of the New" becomes just "The Haunting"). Note also the privileging of familiar names and faces, so that supporting player Leslie Neilsen gets star billing, even though James Coco is the actual star. 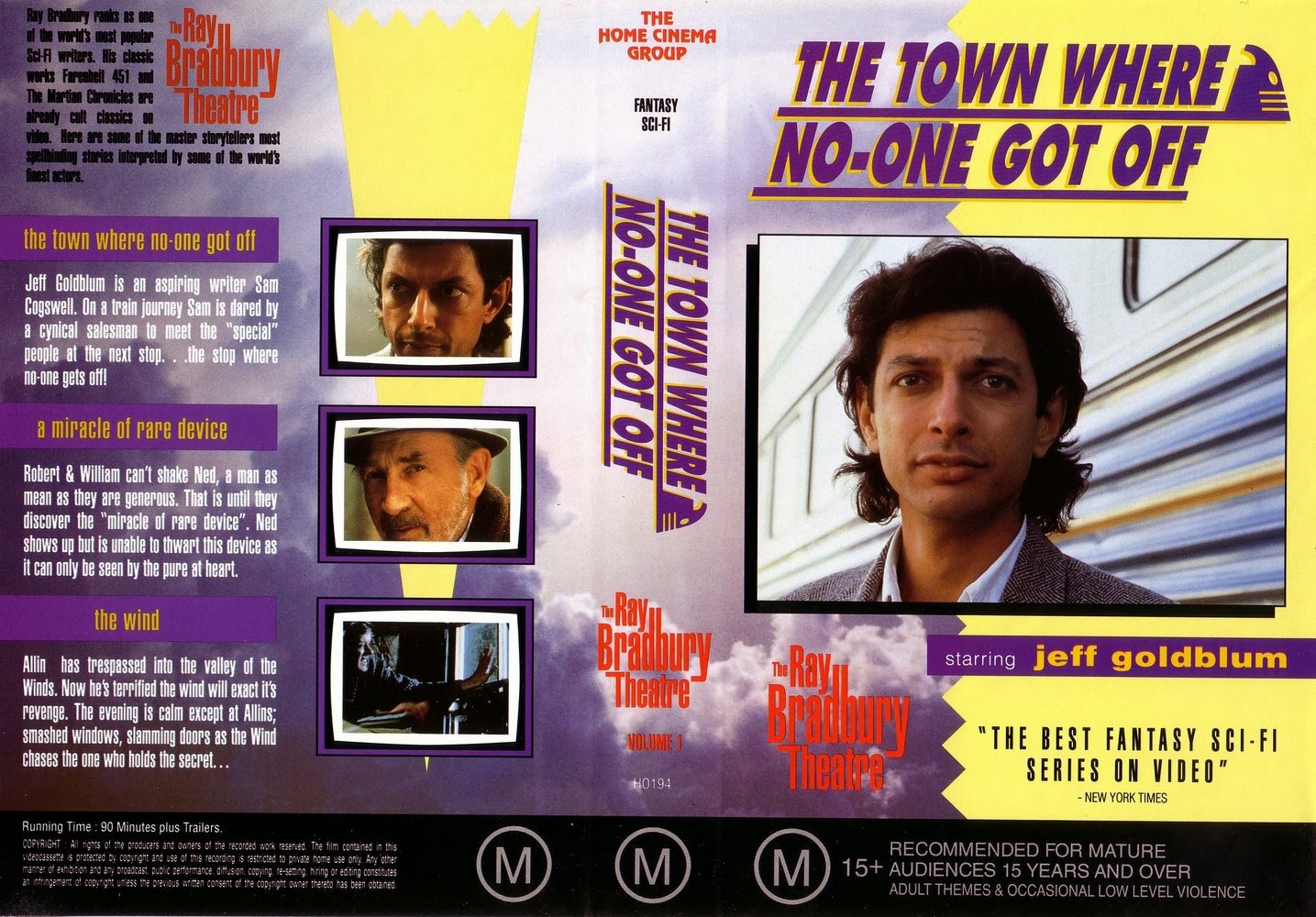 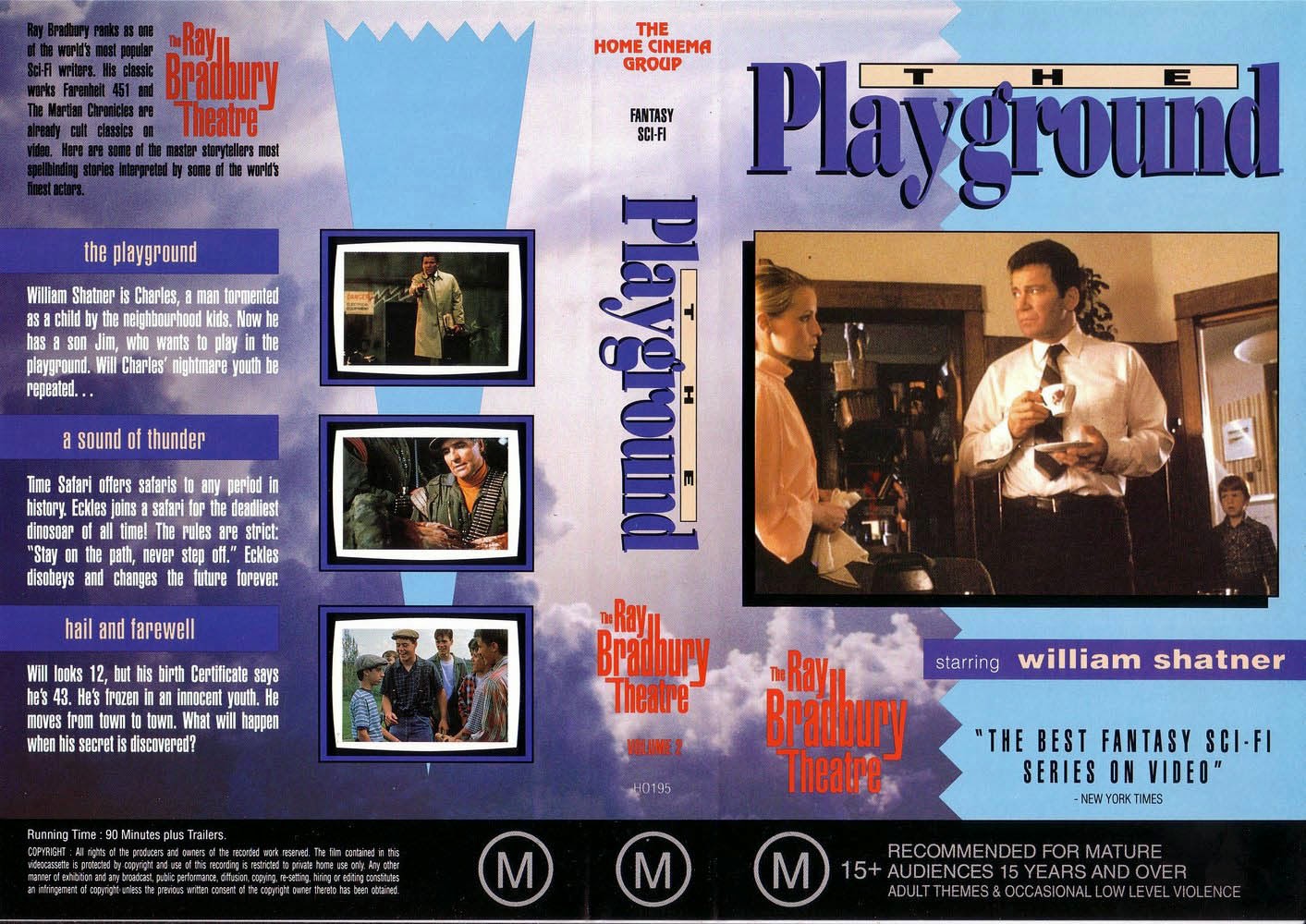 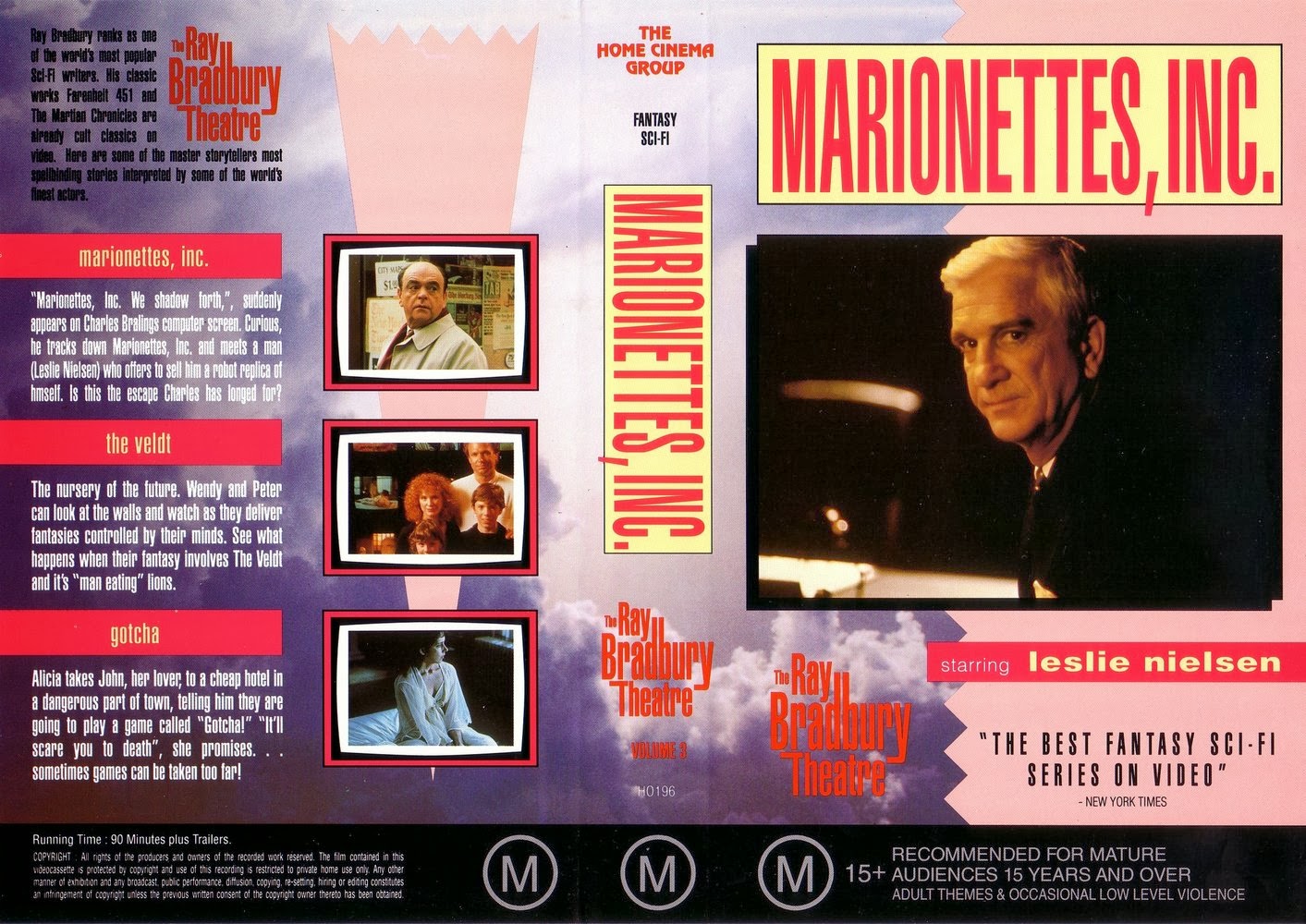 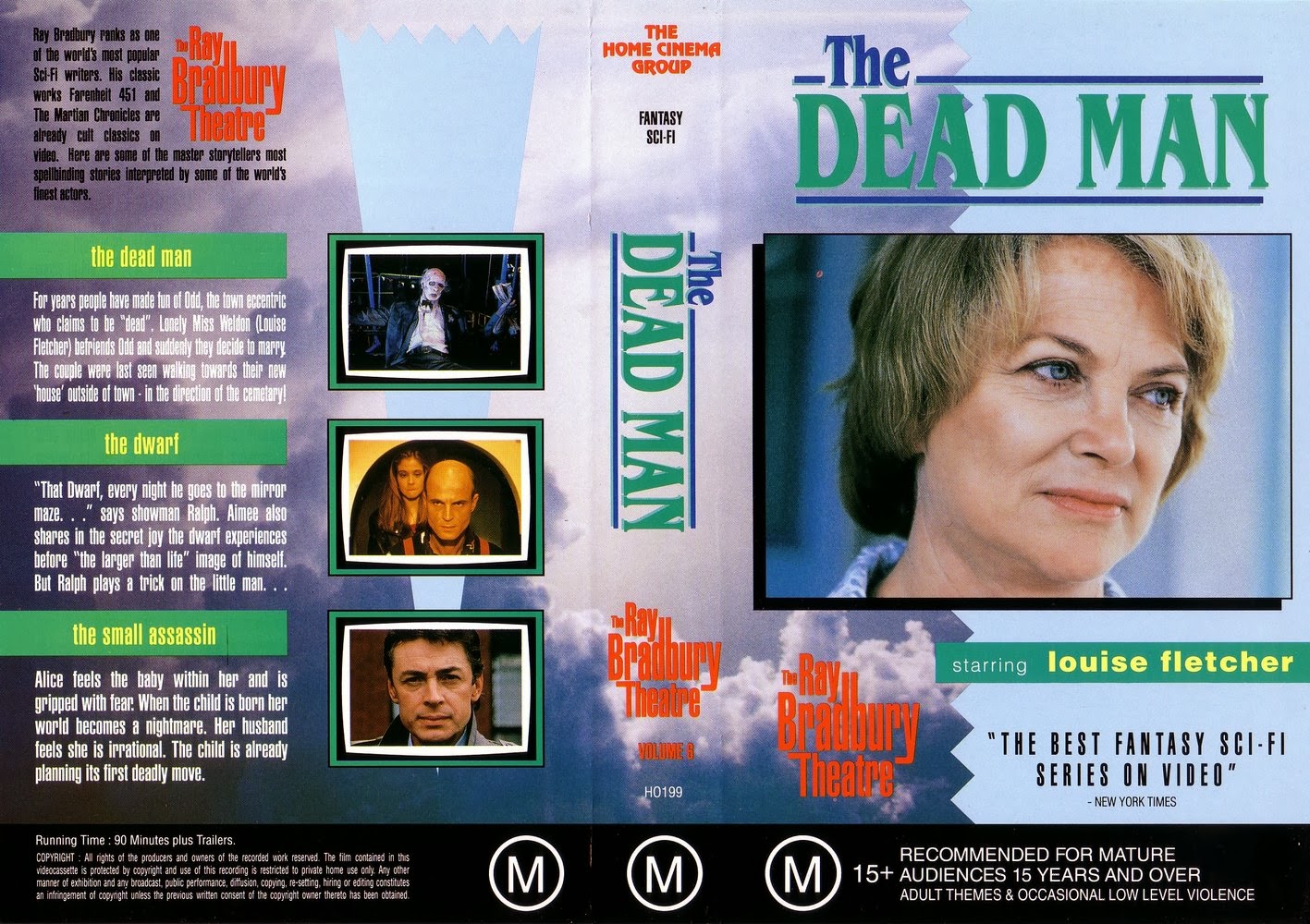 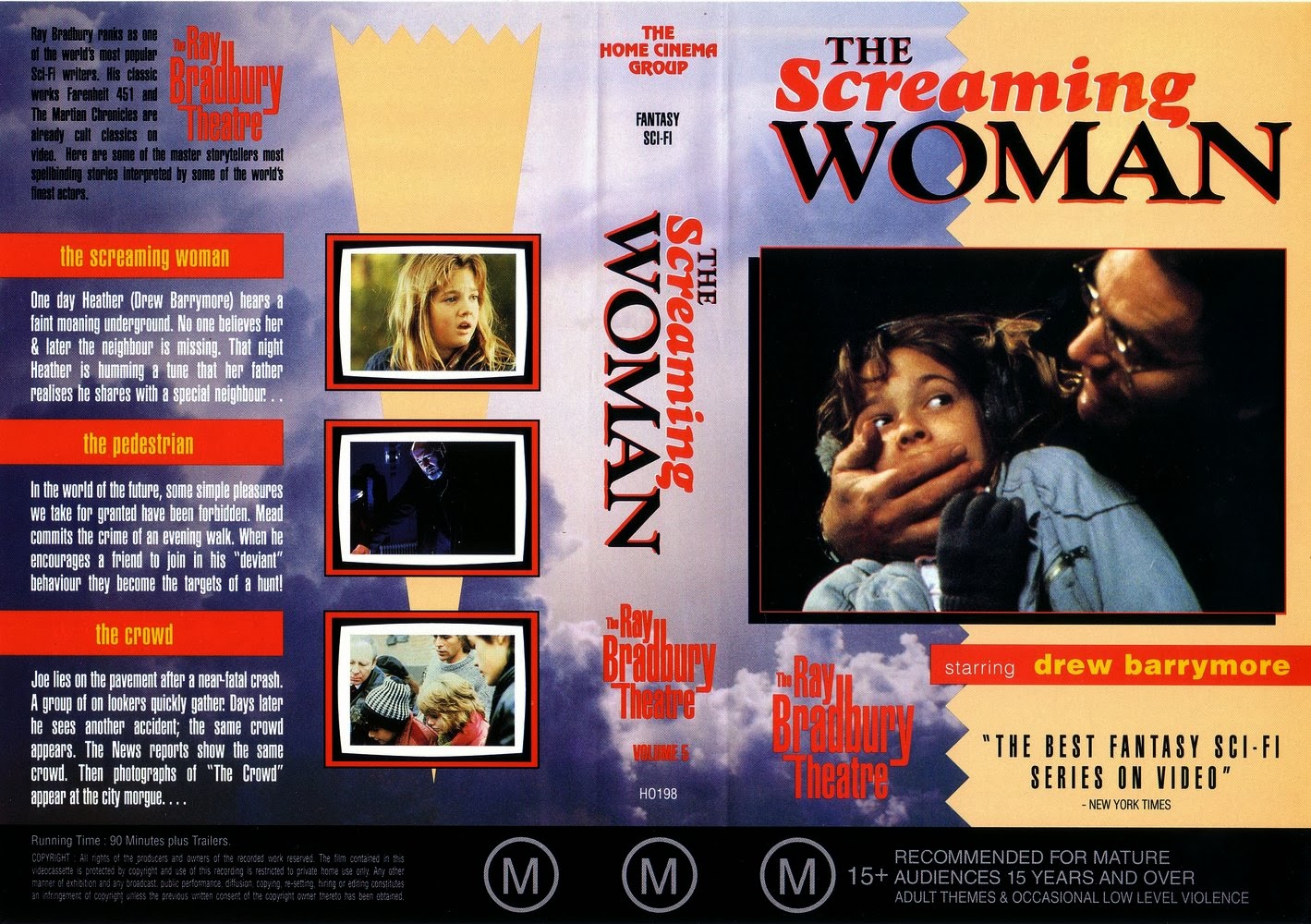 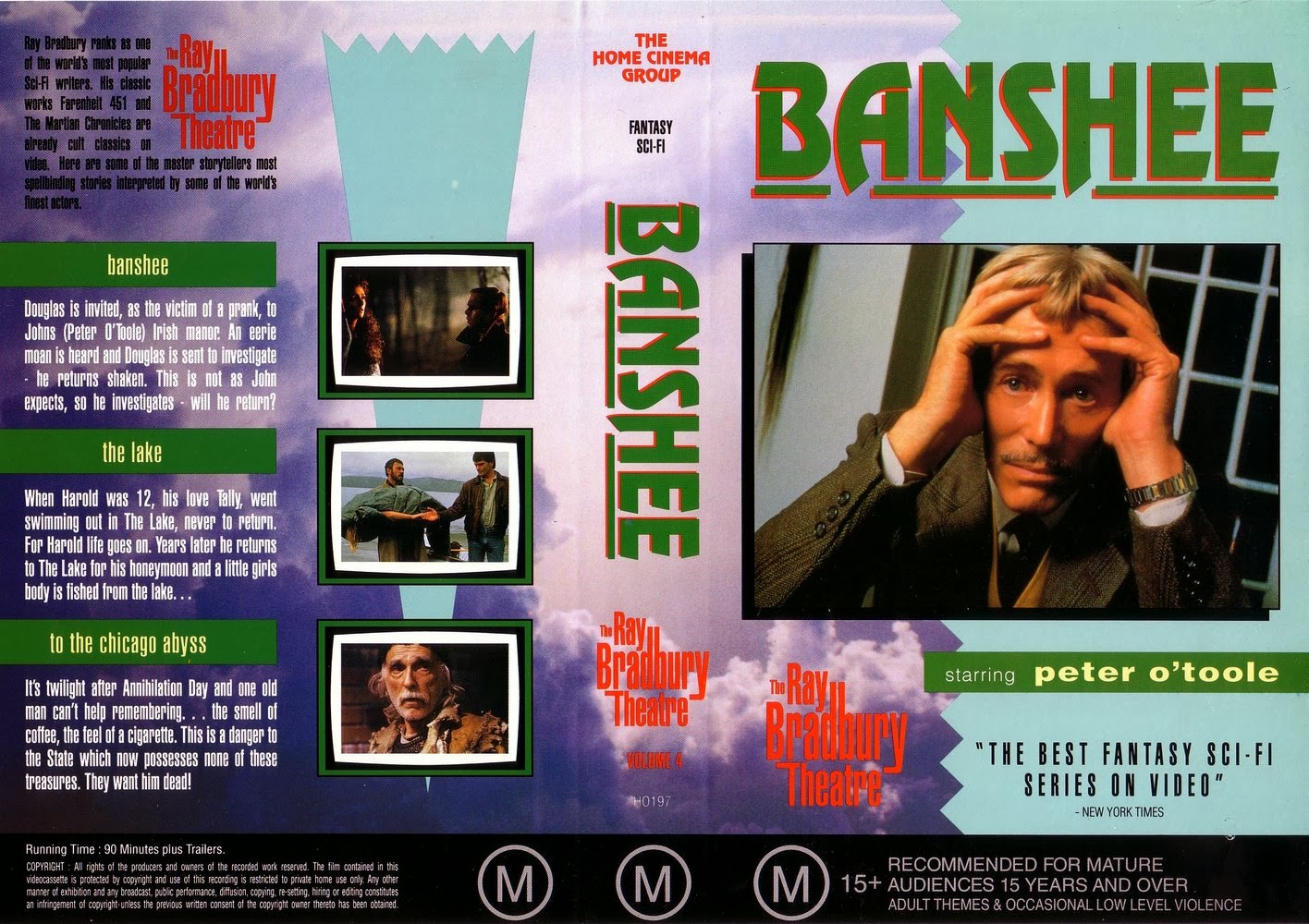 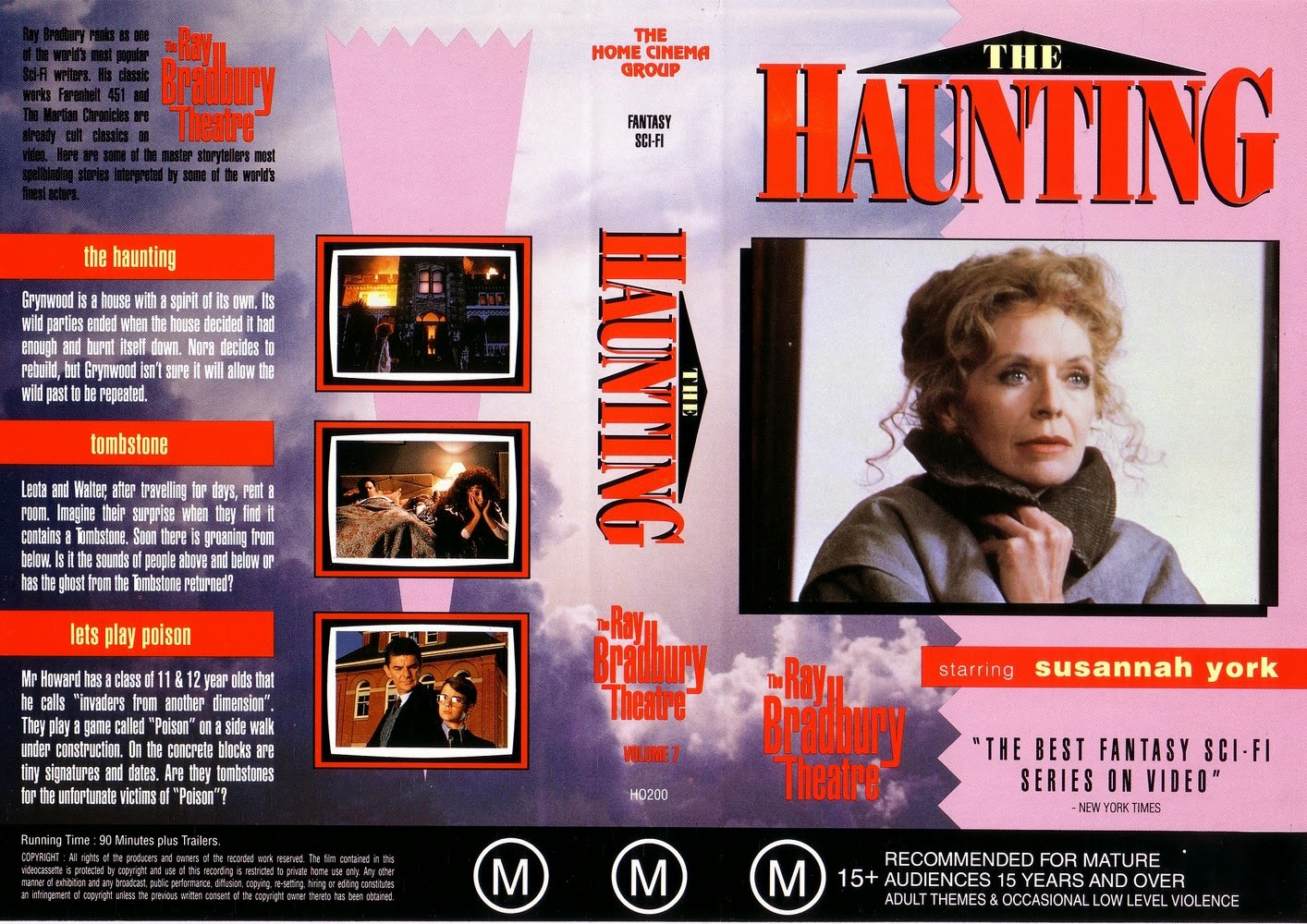 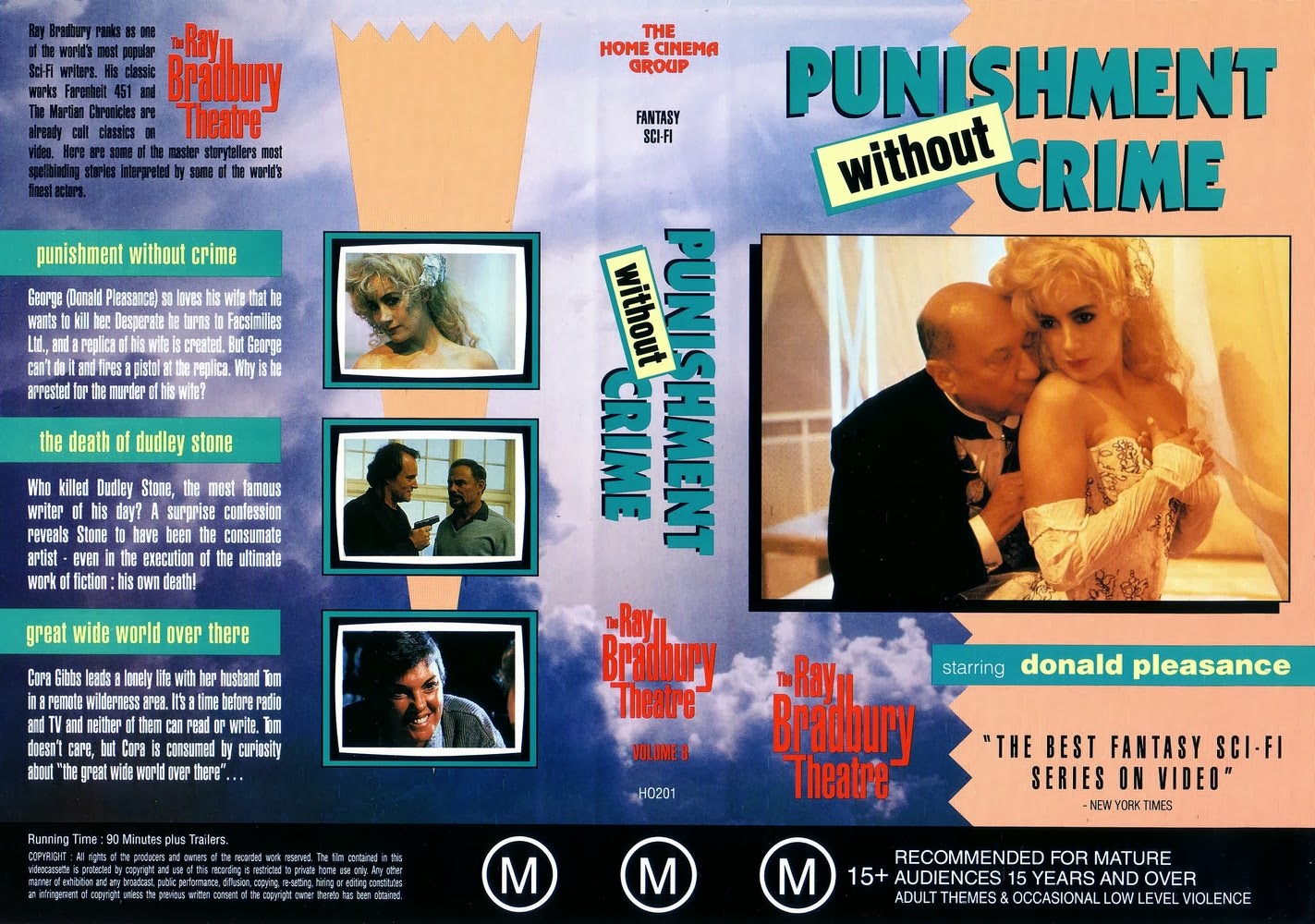 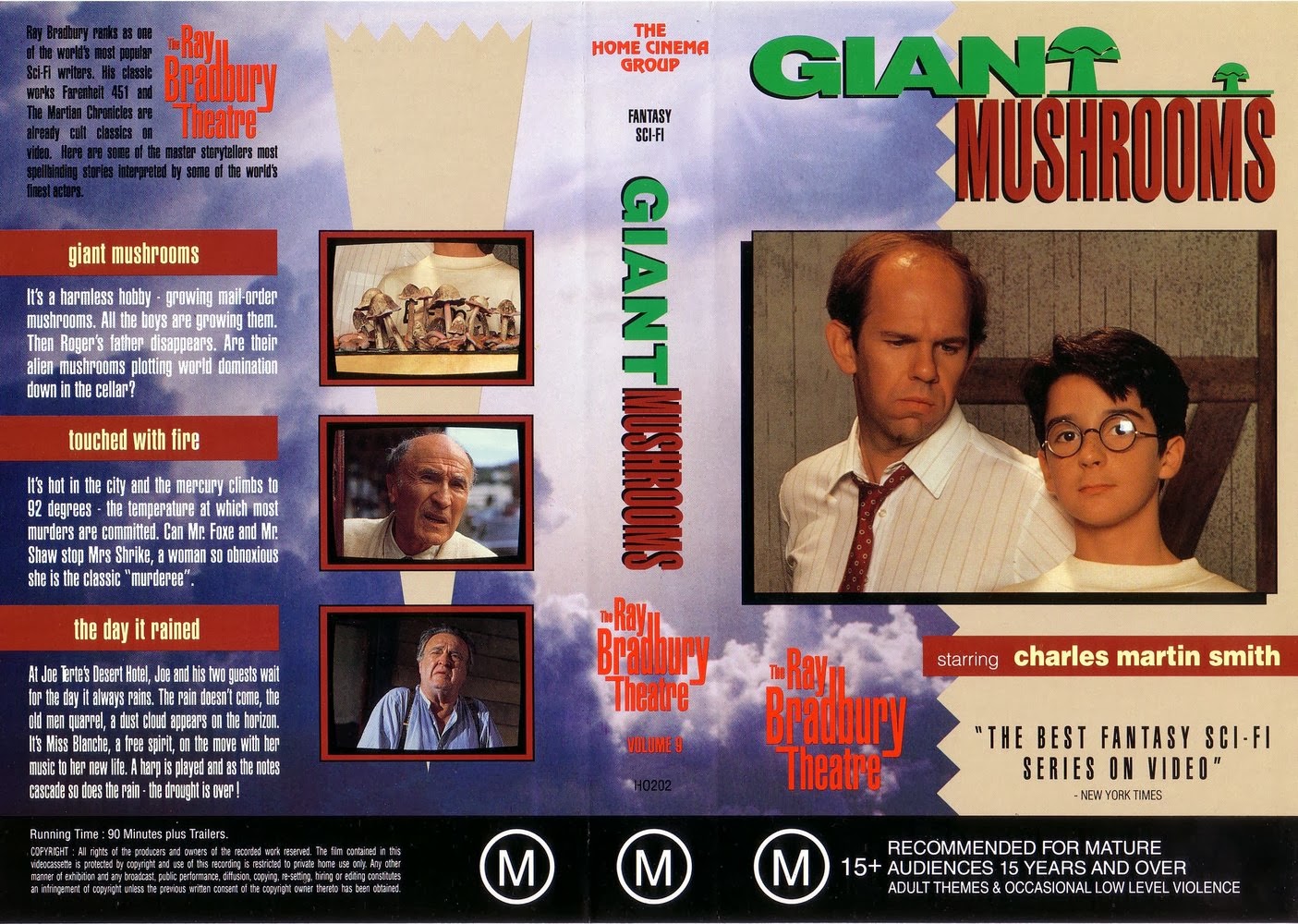 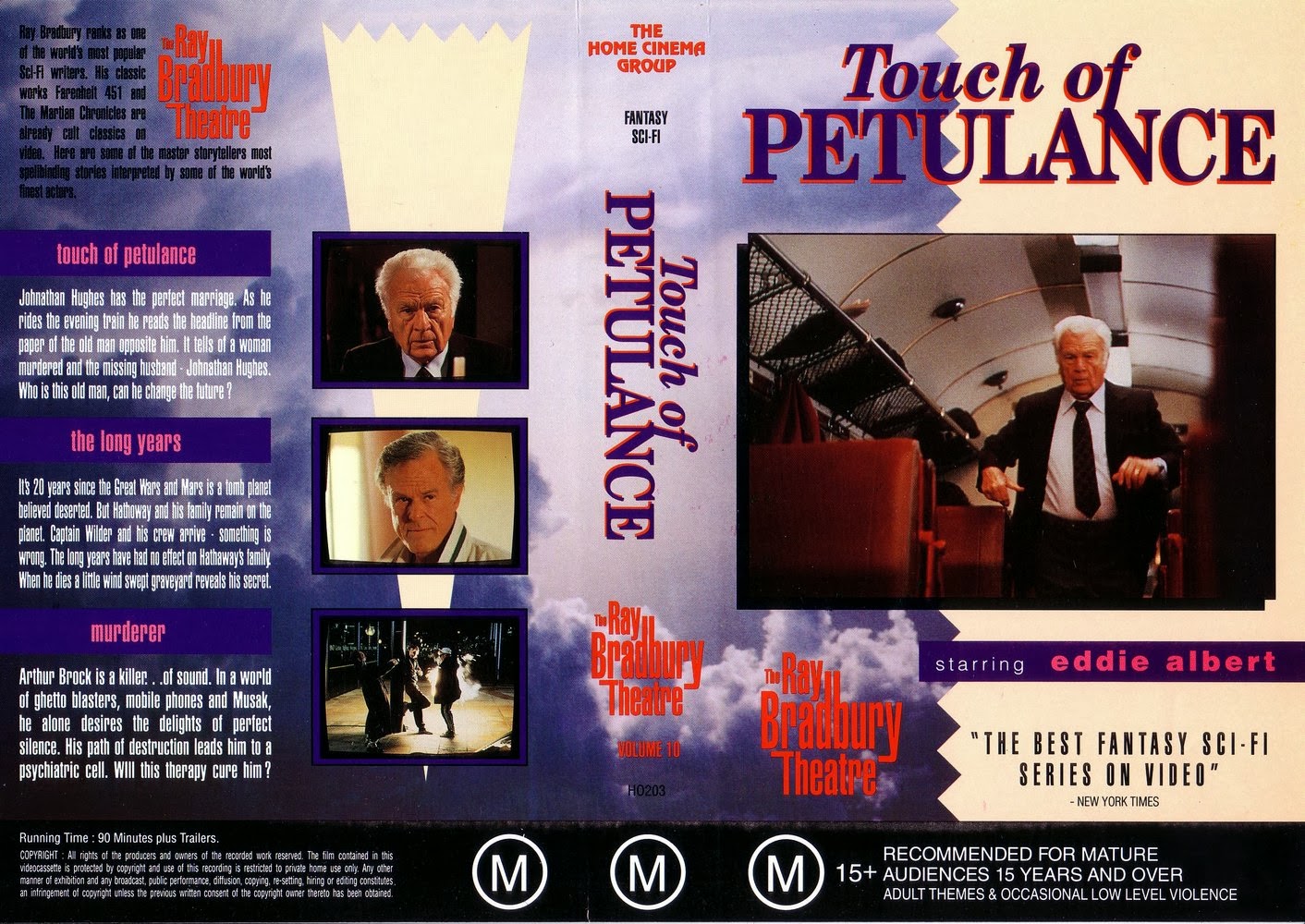 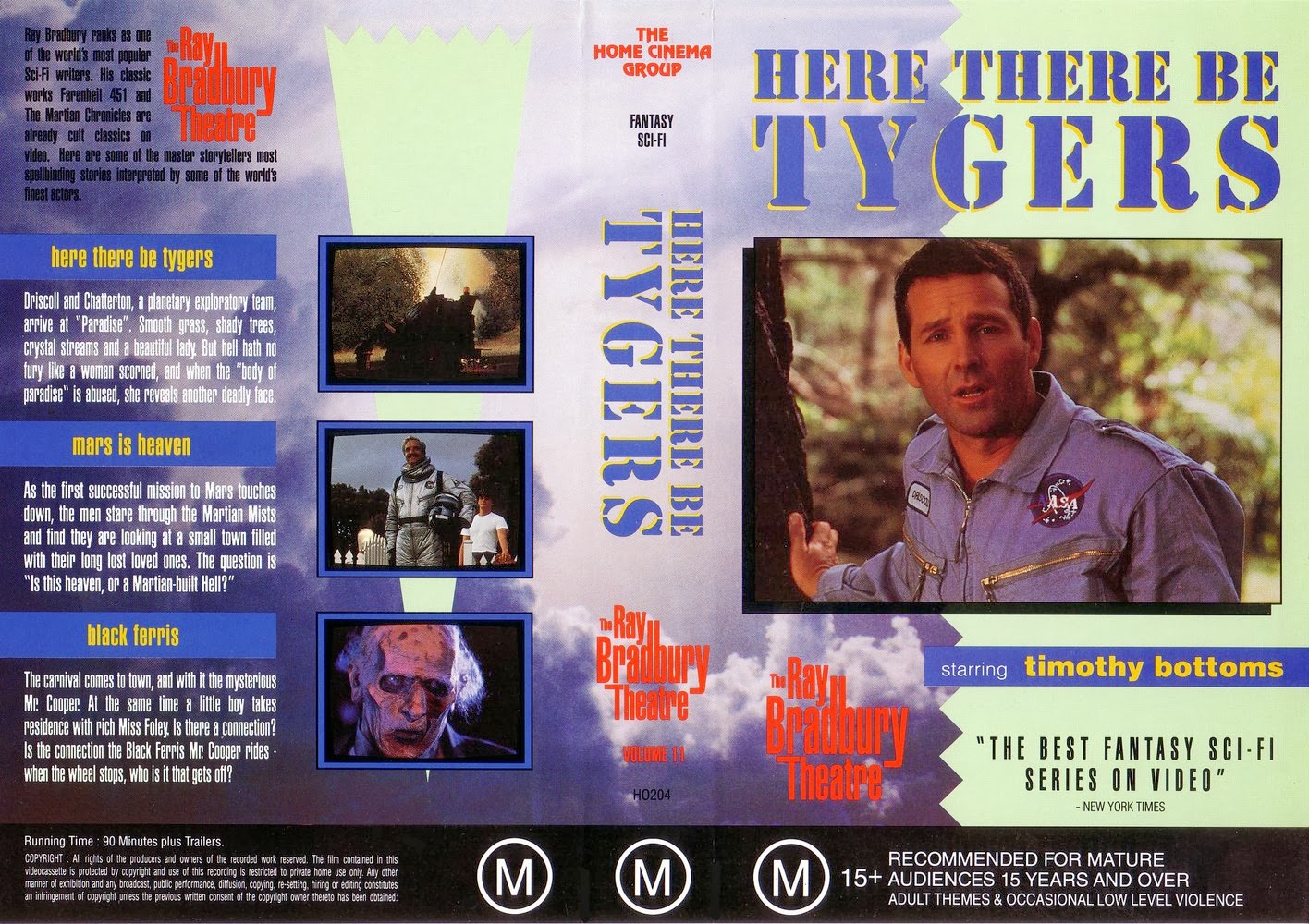 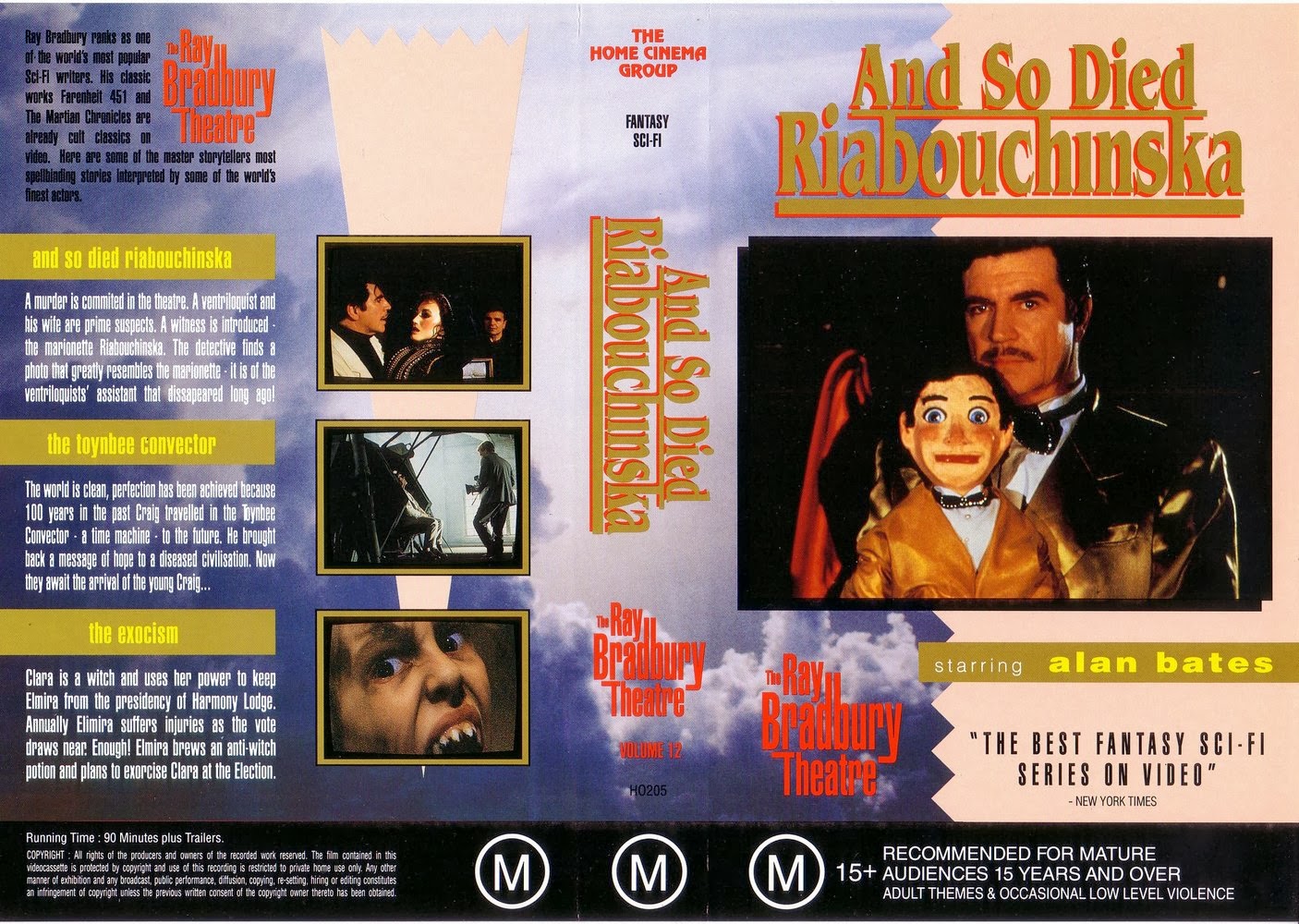 Courtesy of fjp, here's a photo of Ray Bradbury with writer William F. Nolan. Nolan is best known as a novelist, short story writer, biographer and screenwriter. He also produced the first studies of Bradbury's work: the original Ray Bradbury Review and The Ray Bradbury Companion. More recently he put together Nolan on Bradbury, a compilation of his best Bradbury-inspired writings. 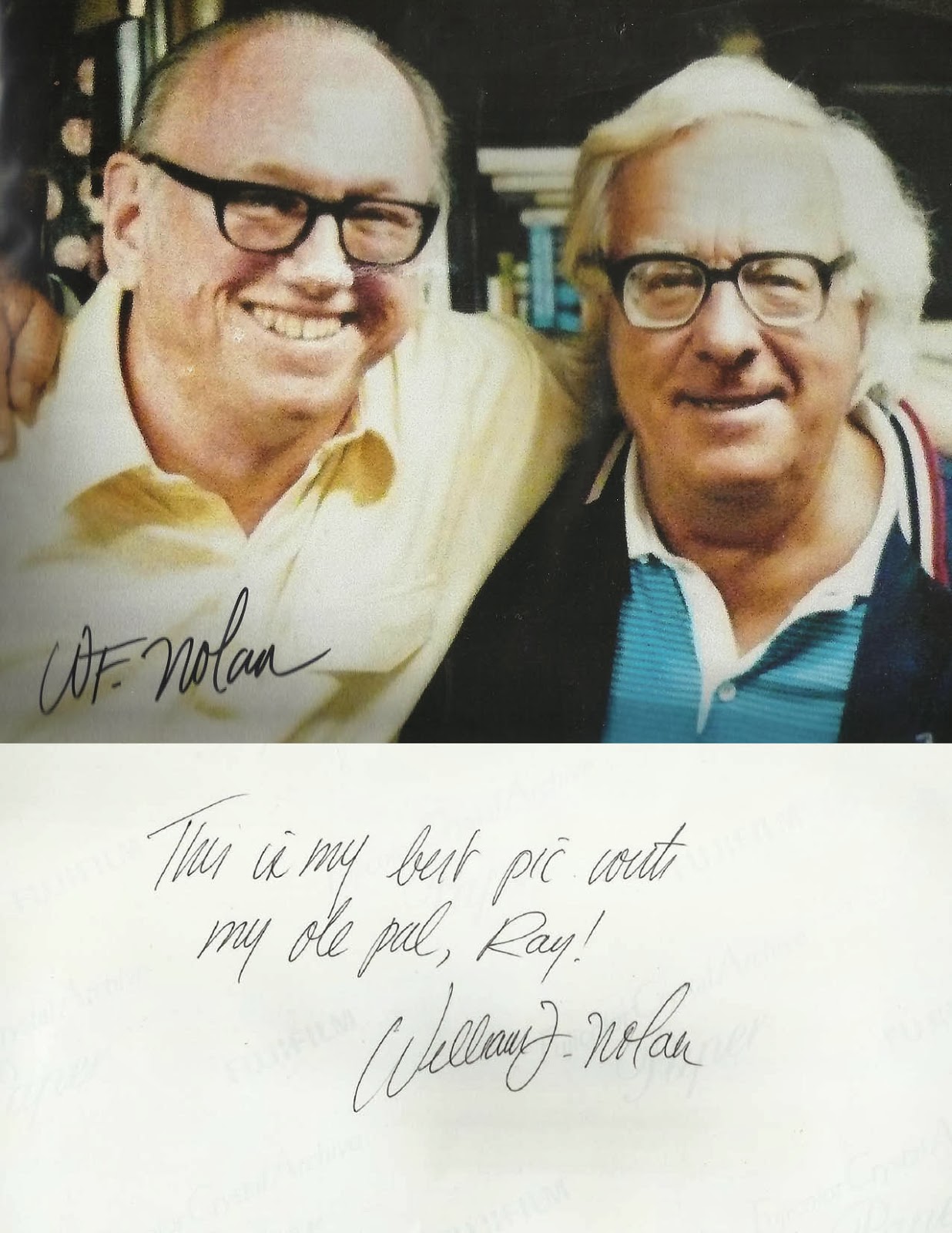 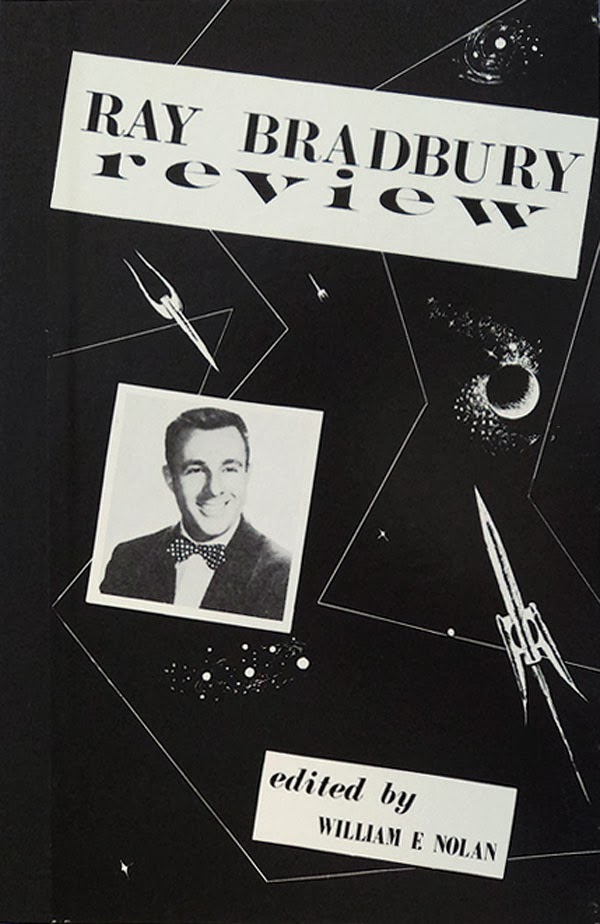 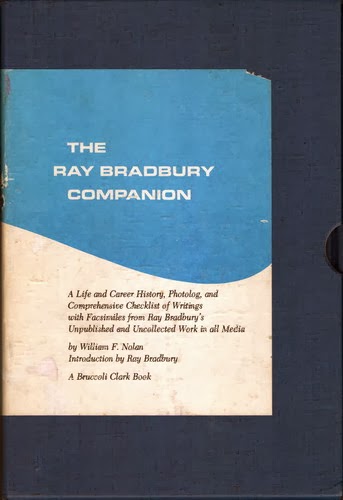 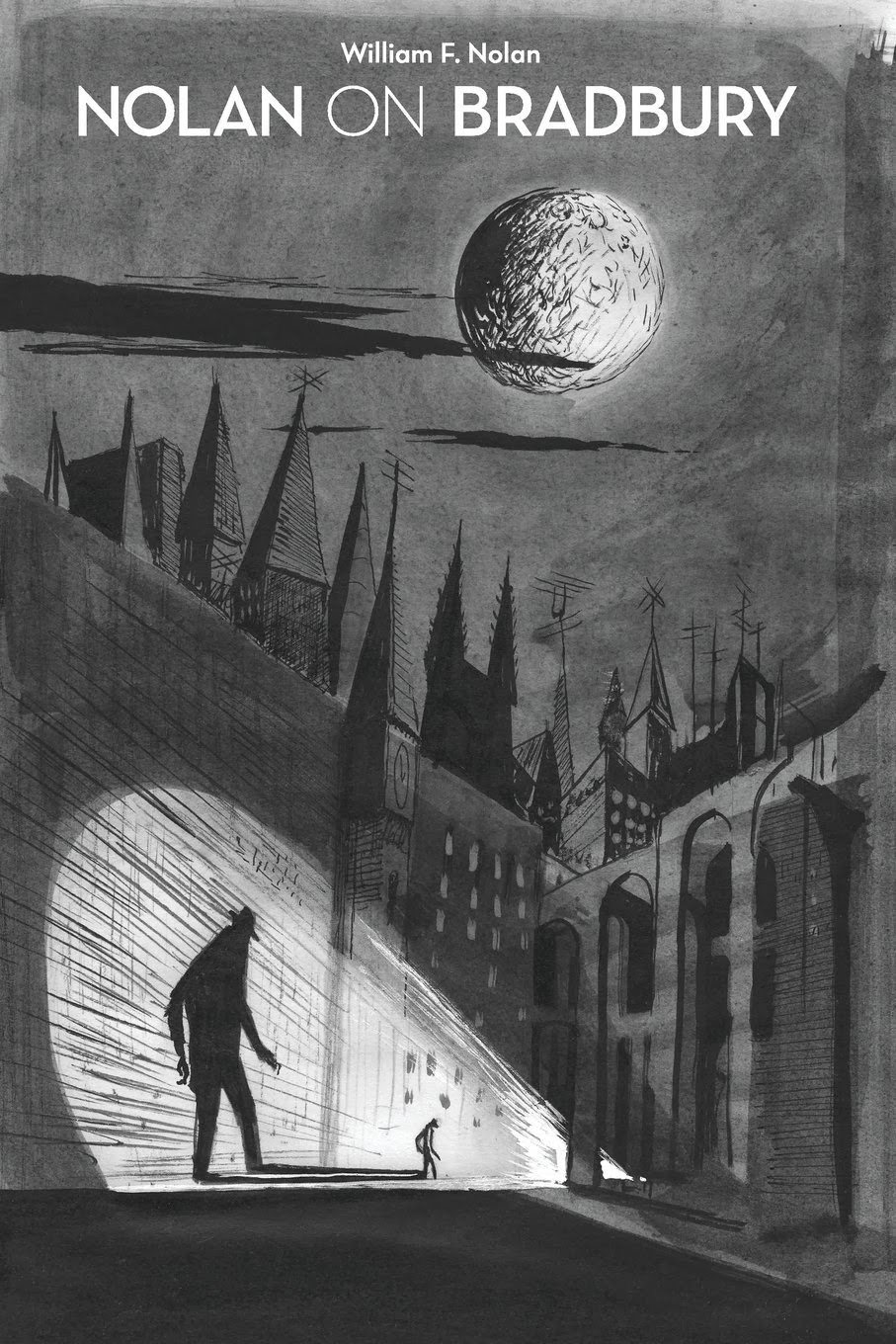 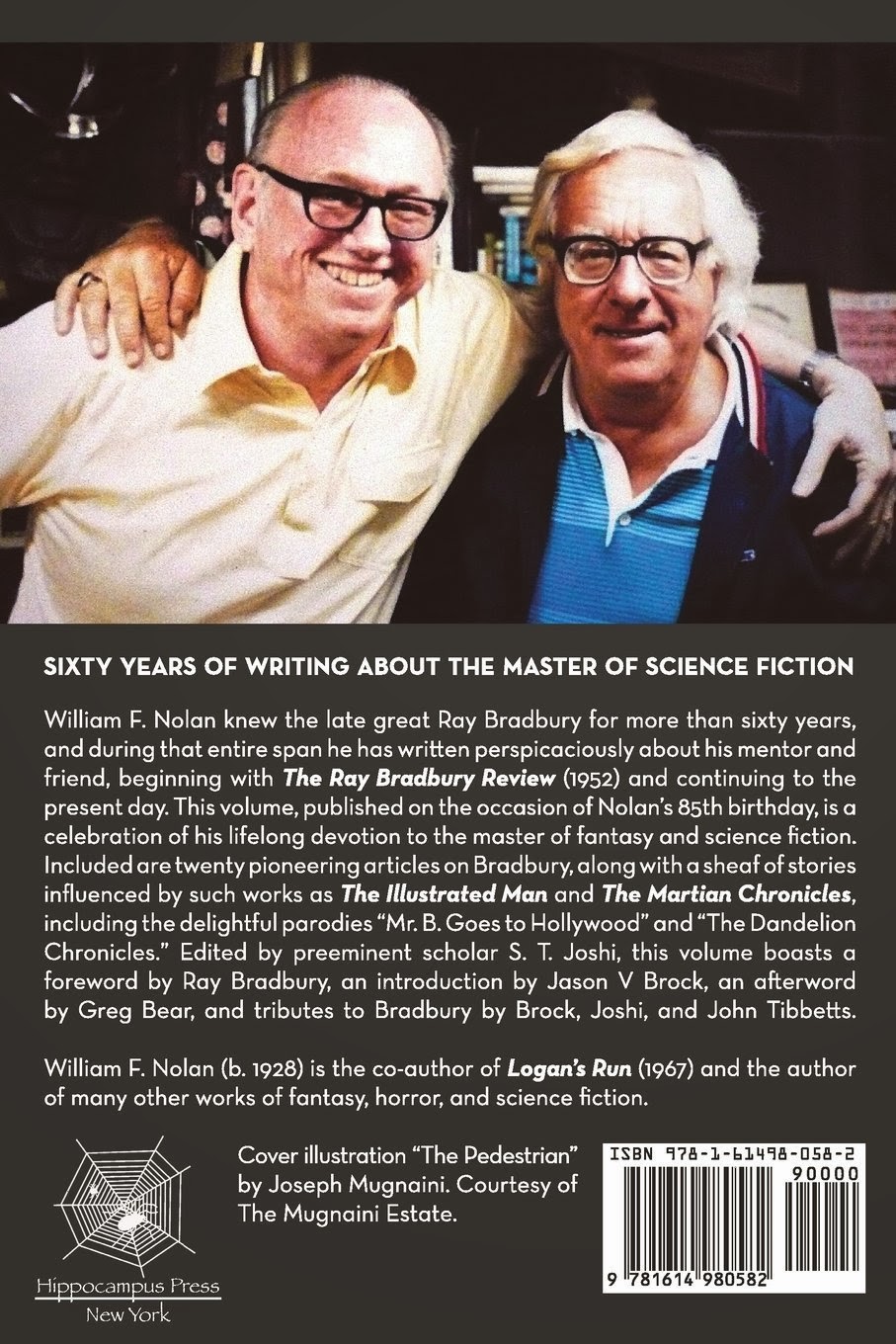 Email ThisBlogThis!Share to TwitterShare to FacebookShare to Pinterest
Labels: Nolan

A couple of Bradbury remembrances which I somehow managed to miss when they first appeared:

Maclean's magazine has a great little overview of the short stories Bradbury wrote for them, including photos of the page layouts from the original appearances in the 1950s:

And from Ontario's TVO website, Thom Ernst's report on a visit to meet Bradbury around 2006, updated as a brief obituary after Ray's passing:

Fifty Years Ago Today: "The Jar"

It was fifty years ago today... one of the most popular Ray Bradbury adaptations was aired for the first time: "The Jar" on The Alfred Hitchcock Hour. Here's a full-page ad for that first broadcast. Click the image to enlarge.

I have blogged about "The Jar" several times before: click here to read more. 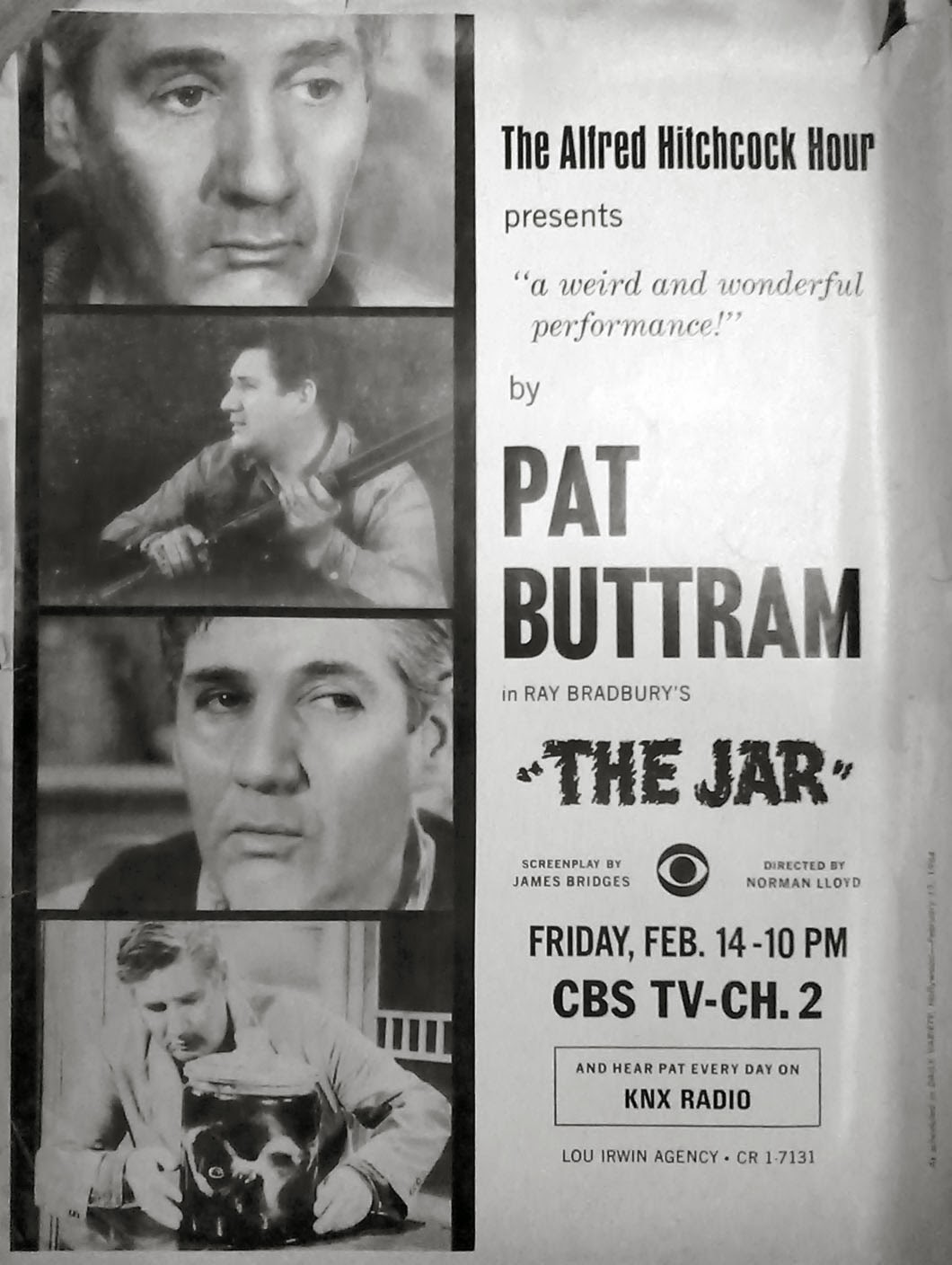 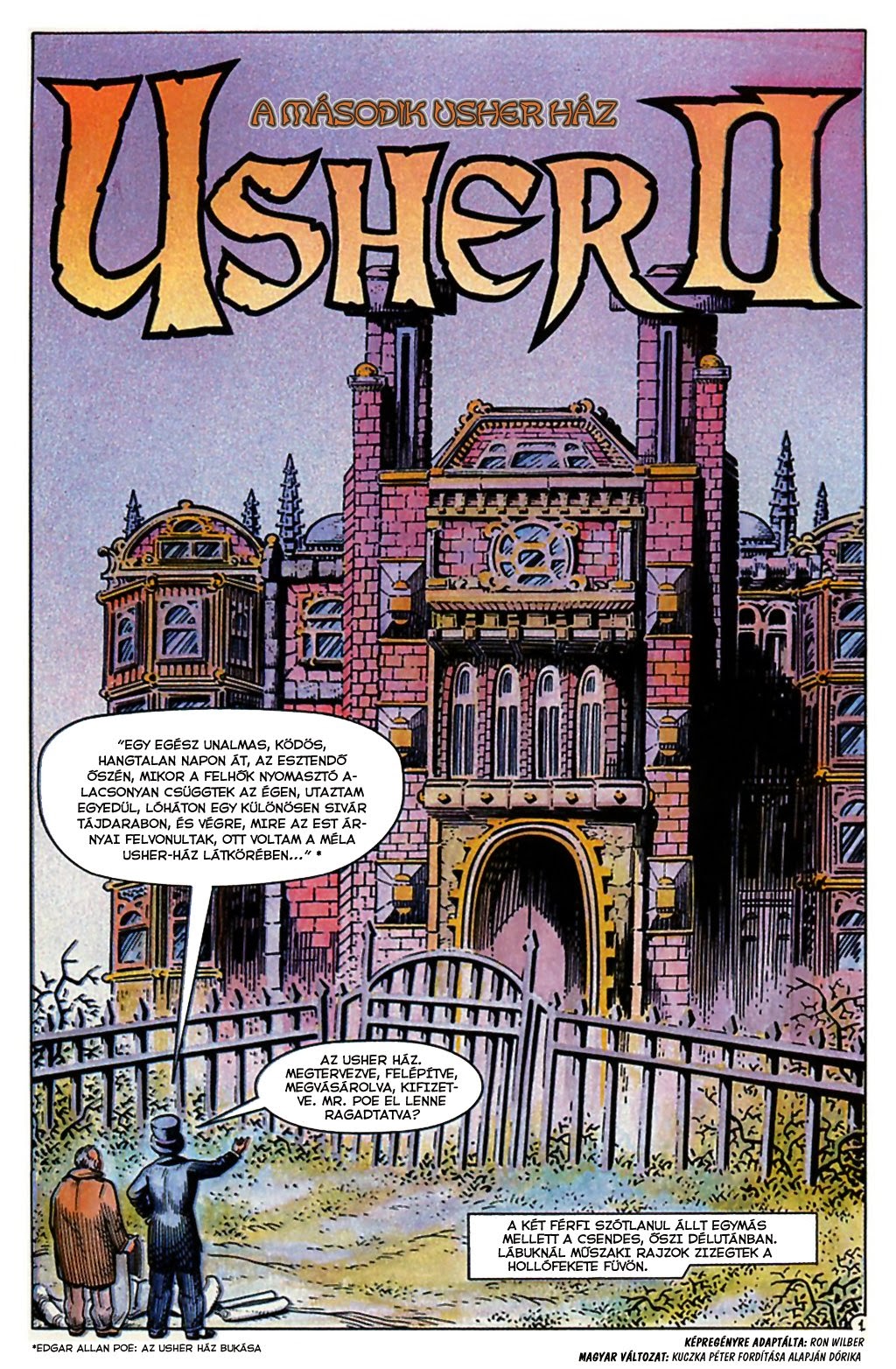 Flyer from Terrance Shank's 1977 Colony Theatre production of The Martian Chronicles, Bradbury's stage play based on his own book. 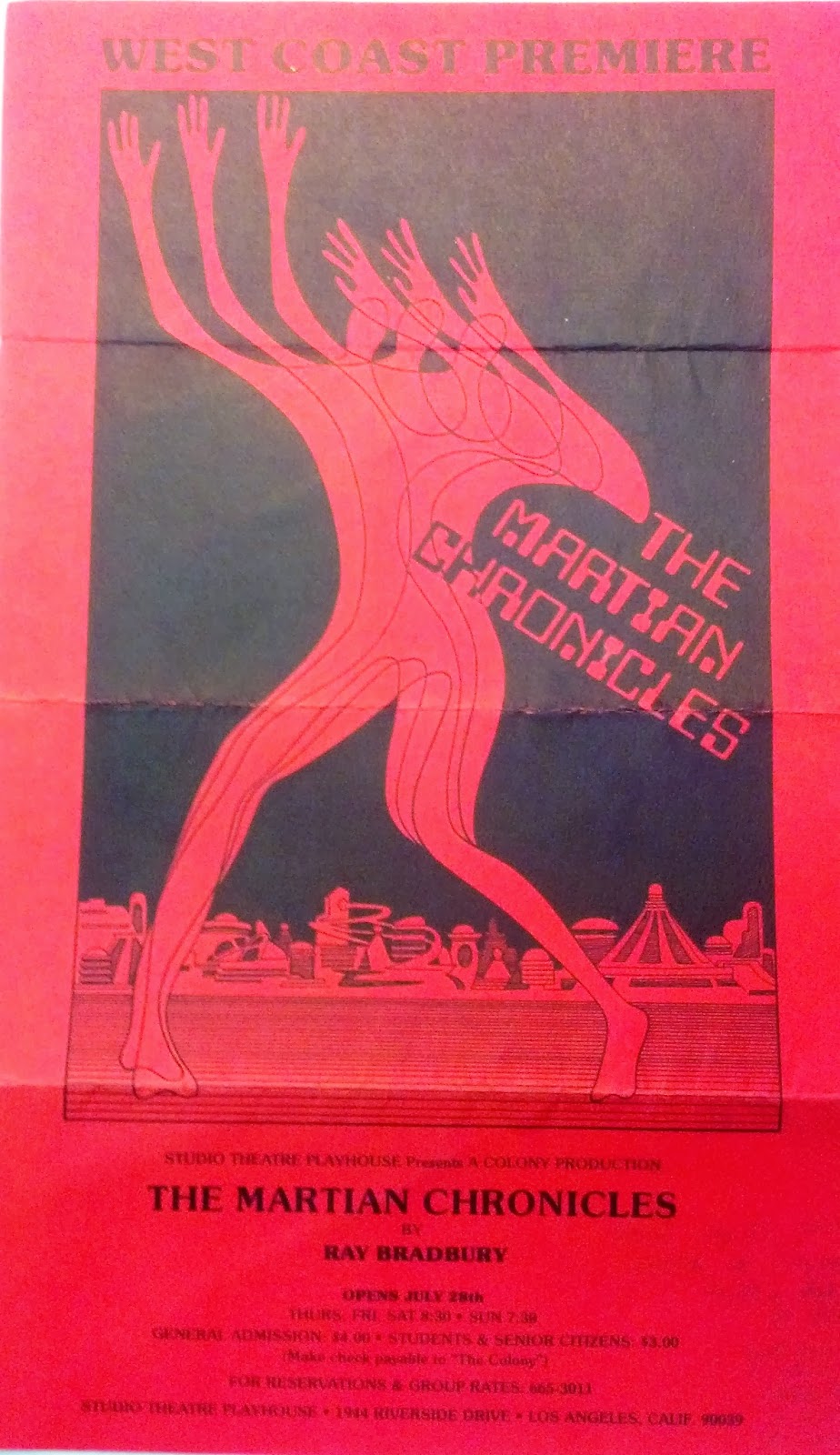 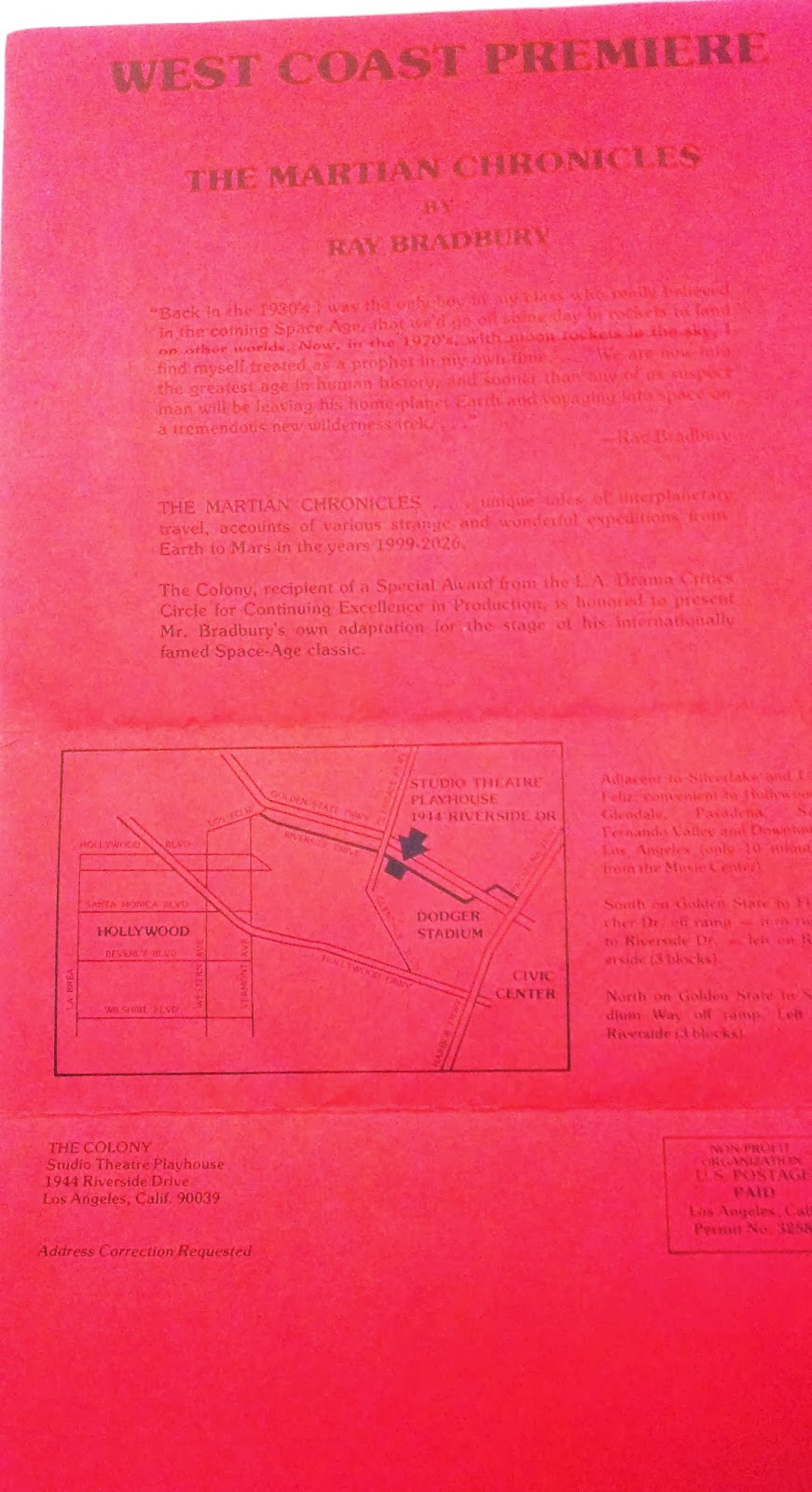 Something Wicked This Way Comes (1983) 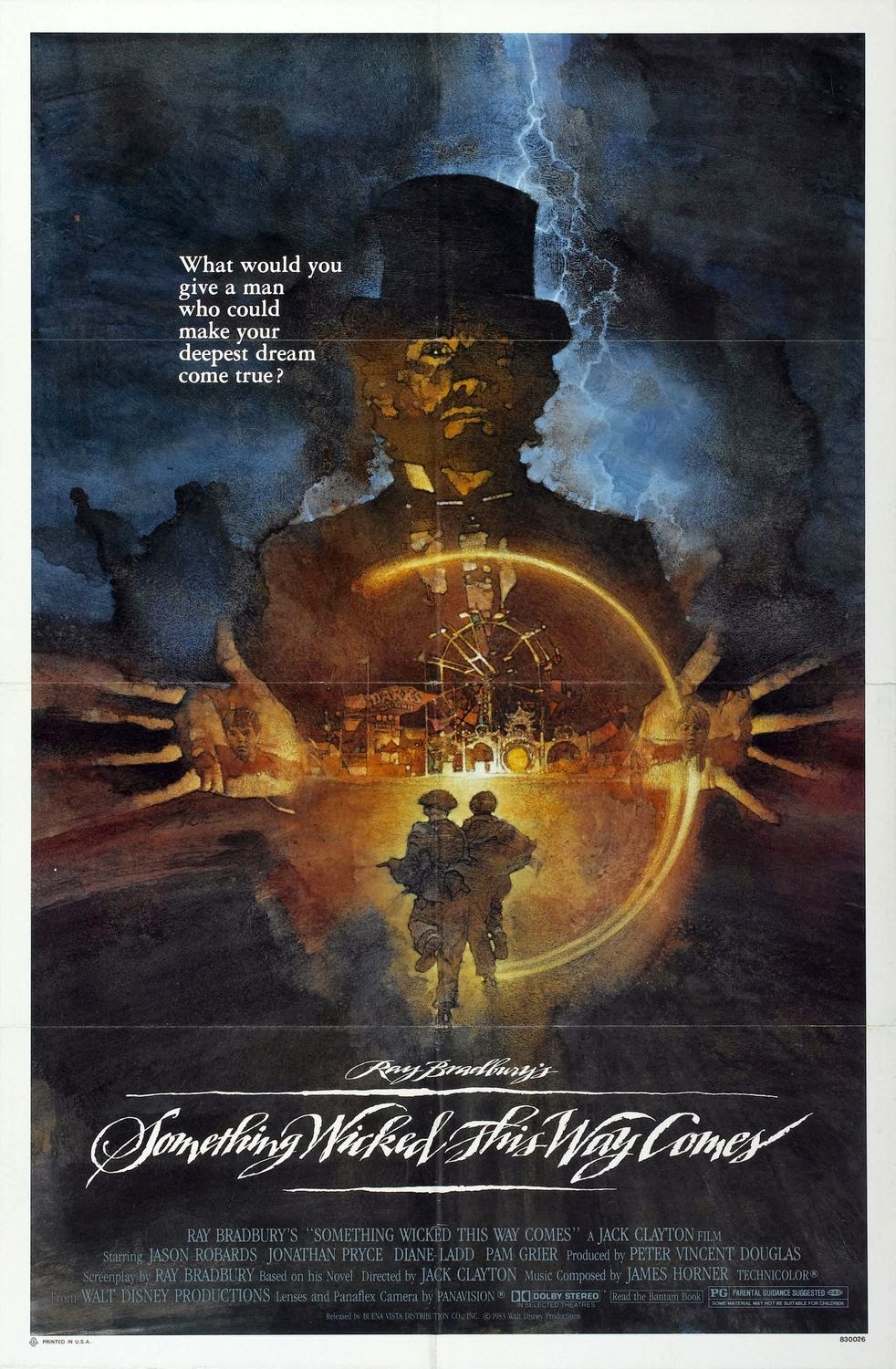 But it was a battle he did not win, and the label continued to stick despite the fact that most of his work was not SF. (Bradbury maintained that Fahrenheit 451 was his only science fiction book, because he considered that it showed a possible world rather than the impossibility of The Martian Chronicles.)

A good ticket, apparently not used... "The Anthem Sprinters" is one of Bradbury's Irish plays, a tall tale of men who compete to leave the cinema before the national anthem begins.

My next few blog posts will be simply images - pictures of items of memorabilia, theatre tickets, posters, newspaper ads etc. Most of them will speak for themselves.

To start, here's a British magazine ad from fifty-five years ago. From the list of book titles on the right, and the quotations from famous writers and critics, it should be clear that by the end of the 1950s Bradbury's reputation was well and truly established. 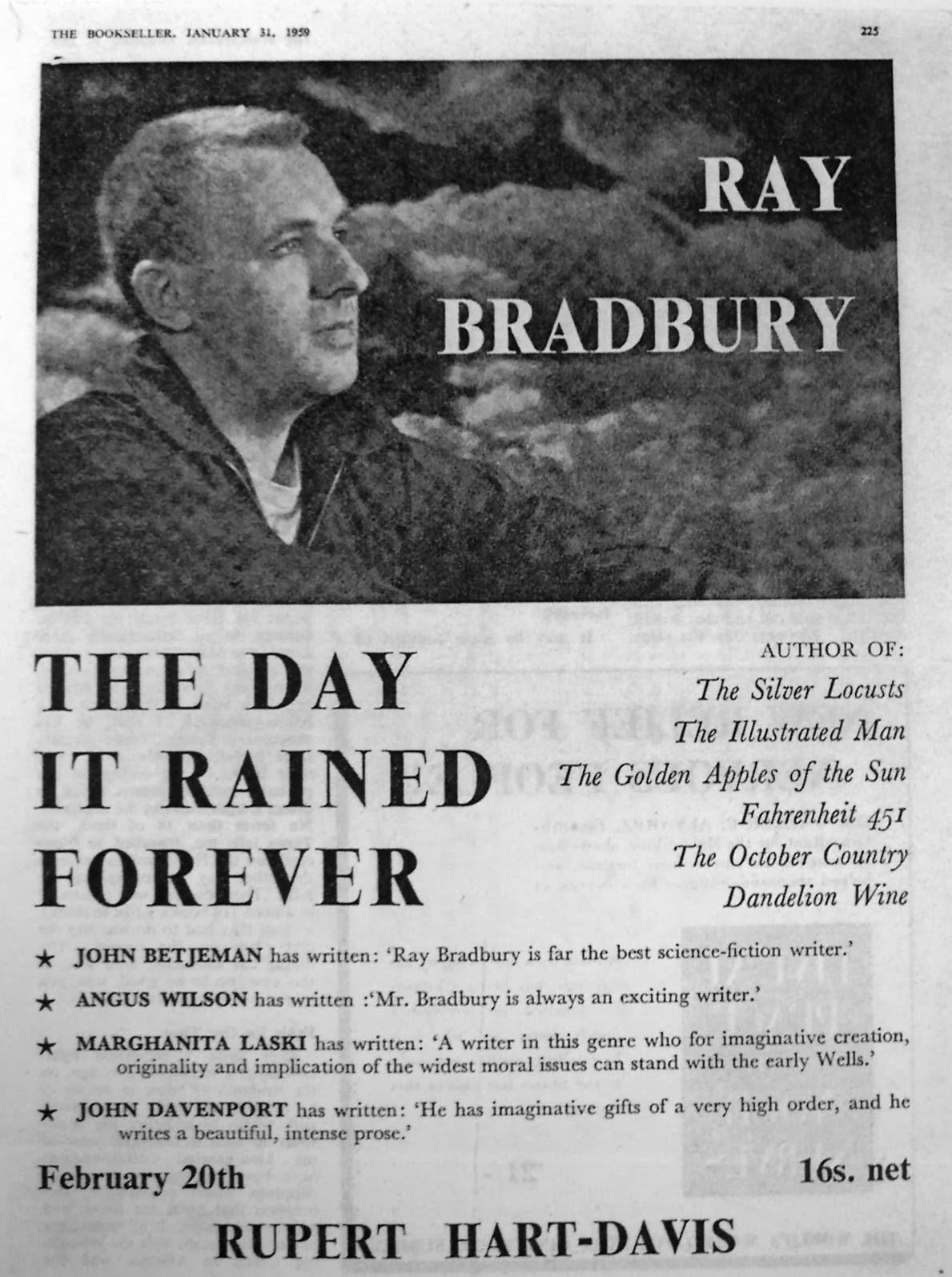