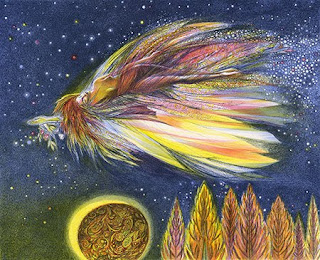 Finally, If you're looking for strange connections, the Marooned blog has an interesting series of connections between Bradbury and Motley Crue's Nikki Sixx. Even if you have never heard of Sixx, the insights into Bradbury works are quite good - see the first instalment, on Bradbury and fire, for instance.
Posted by Phil at 9:00 am