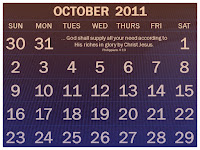 Of all months, October is the one most associated with Ray Bradbury. He wrote The October Country and The Halloween Tree, and set Something Wicked This Way Comes in the month of October. As a consequence, there are more references to Bradbury on the web at this time of year than at any other time. Now it's over(!), here's a few notable pieces which appeared recently:

Claire Thompson uses The Halloween Tree as a way into a fascinating discussion of how Americans (and, presumably, the rest of us) can evaluate their neighbourhoods. With its discussion of trick-or-treating and "walkability", it taps into more than one of Bradbury's recurring concerns.

The blog Too Much Horror Fiction gives a detailed appreciation of both Dark Carnival and The October
Country, with some good illustrations

The Lake County Sun-Times has a photo-gallery report on this year's Waukegan Ray Bradbury Storytelling Festival.
Posted by Phil at 8:00 am