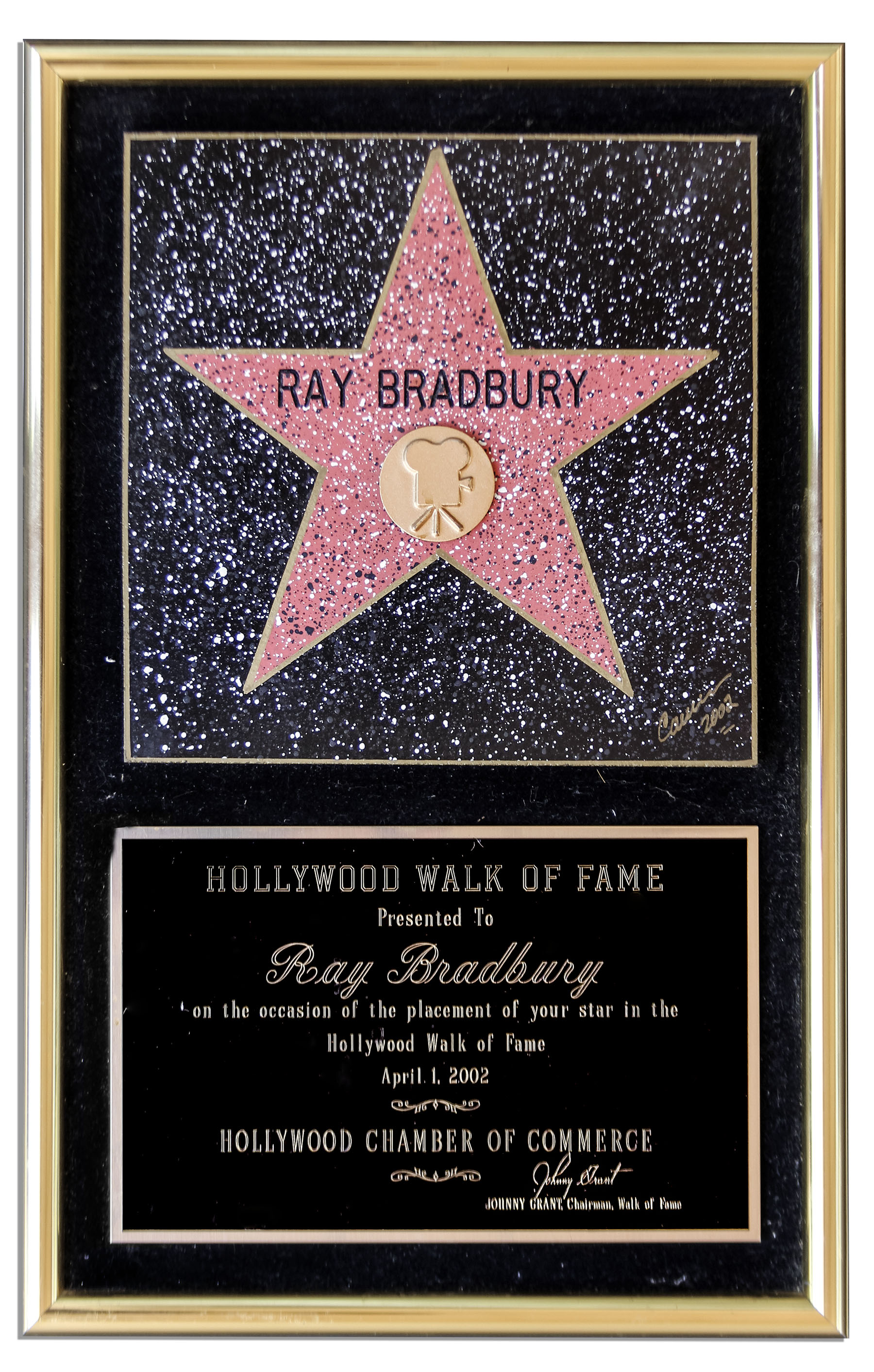 The auction for the Ray Bradbury Estate is on again, with unsold lots from the previous auction now somewhat reconfigured, and with lower starting prices in many cases.

Among the curios still on offer are a genuine Wonderful Ice Cream Suit, from one of the productions of Bradbury's story/play; a herringbone jacket which Ray wore in Ireland while working on Moby Dick for John Huston back in the 1950s; and many items of artwork from Bradbury's personal collection.

Perhaps the standout item is the official commemorative plaque from Ray Bradbury's Hollywood Star, which was presented to him in 2002.

When the first auction was on, I suggested that it would be rather neat if someone would bid-and-donate: to bid on an item and then donate it to the Center for Ray Bradbury Studies. The Center, in Indianapolis, houses the largest collection of Bradbury materials: manuscripts, correspondence, books, pulp magazines, awards and other artefacts - including the furniture from Ray's former basement office. It's primarily a research collection (as the "Studies" in its title implies), but it also has plans for more public outreach and for a visitor reception/exhibition area. While the Center's collection is extensive, the Center isn't exactly awash with funds, and isn't in much of a position to extend its holdings, except by donations.

So, with the round two auction now underway - with just under a week left to run - I would once again like to suggest bidding-to-donate. That Hollywood Star would look quite magnificent in, say, a reconstruction of RayBradbury's basement office...

And the entire auction catalogue is online here: http://natedsanders.com/Category/Ray_Bradbury_Estate-66.html