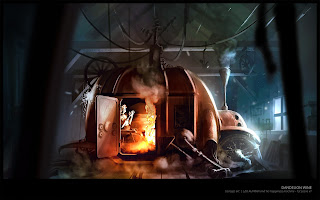 There have been many announcements of Bradbury-based film projects in recent years. So far, nothing has resulted from the planned versions of Fahrenheit 451 or The Illustrated Man - and things have gone quiet on Something Wicked This Way Comes. But Rodion and Natasha are different: producers who had a close connection to Ray, and who have a strong commitment to Dandelion Wine. I think adapting Dandelion Wine could be really difficult, but I hope they manage to pull it off!
Posted by Phil at 7:11 pm