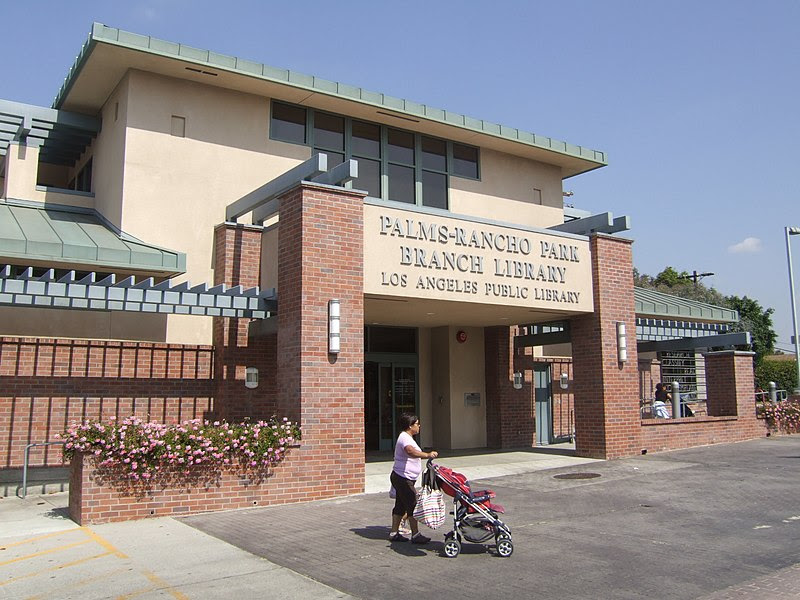 The Board of Library Commissioners of the City of Los Angeles yesterday voted to proceed with consideration of re-naming dedicating a branch library in honour of Ray Bradbury.

The Palms-Rancho Park Branch Library was Bradbury's local branch library, and over the years he had made many appearances there. He was also, of course, a longstanding advocate of public libraries in general.

My reading of the minutes of the Commissioners' meeting is that there is still a process of consultation to go through before the proposal is confirmed, but the initial stages met with overwhelming support. You can read the minutes - which include several testimonials from community figures writing in support of the proposal - in this PDF document.

(This post has been corrected; my thanks to Steven Paul Leiva for pointing out the the plan is to dedicate the library to Bradbury rather than re-name it.)
Posted by Phil at 2:23 pm

Email ThisBlogThis!Share to TwitterShare to FacebookShare to Pinterest
Labels: dedicated to Ray, Libraries