Bradbury and the Group 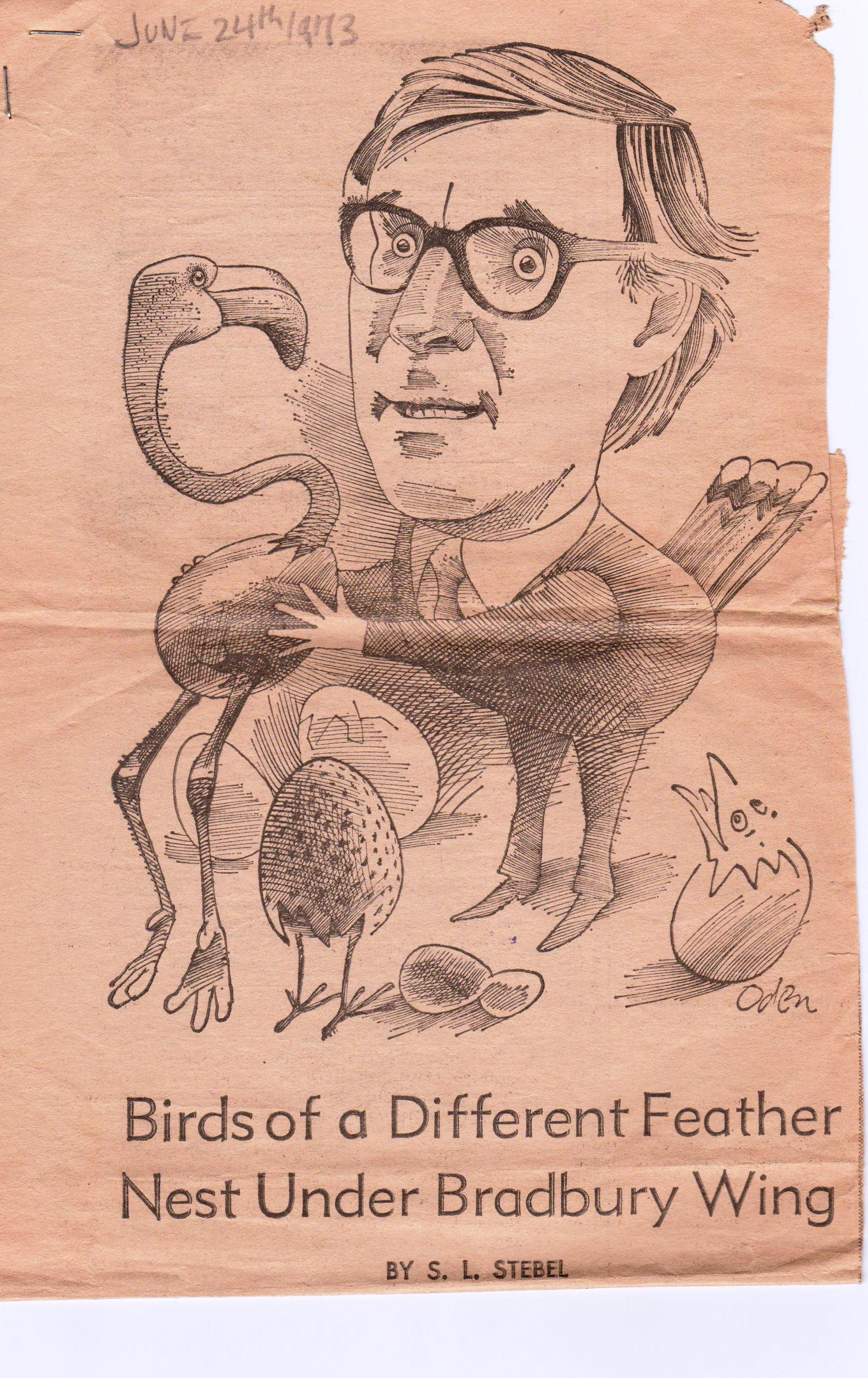 For many years, a group of Los Angeles-area writers got together for mutual support and to review each other's works in progress. Ray Bradbury was one of them.

What I didn't know is that the core of the group was established as far back as 1948, with the publication of Best American Short Stories 1948. Apparently some enterprising soul went through the book, found out which of its authors lived within easy distance of LA, and invited them to join the group.

Terry Sanders' 1963 documentary Ray Bradbury: Story of a Writer includes a short sequence showing the group reviewing Bradbury's "Dial Double Zero", although I'm not sure whether this reflects how the group really operated, or whether it is highly staged.

Now E.E.King has blogged about "the group", and reproduced a 1973 article by Bradbury's writer friend Sid Stebel, who Ray apparently described as "the best writing teacher that ever was!" The article is taken from the Los Angeles Times, Calendar section, 24 June 1973.
Posted by Phil at 9:11 am