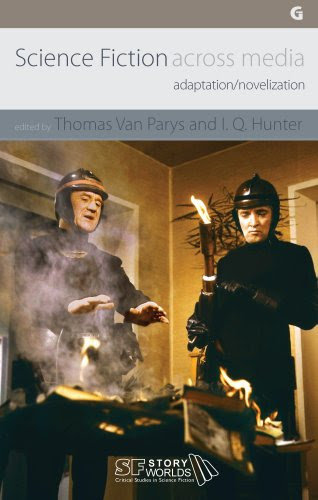 Interestingly, the book's editors (Thomas Van Parys and I.Q.Hunter) or publishers (Gylphi Press) have chosen to use another Bradbury adaptation to illustrate the cover: Fahrenheit 451. It shows Cyril Cusack as Fire Chief Beatty warming his hands over some burning books while Oskar Werner looks on.
Posted by Phil at 8:00 am

Congratulations! There is still something satisfying about seeing your work in book form.