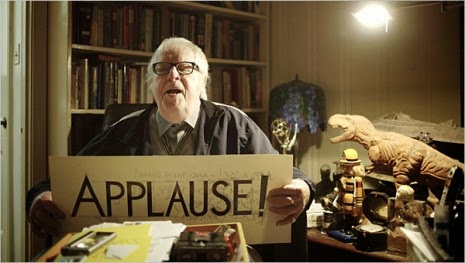 Just over two years ago.

Looking forward to all these publications. Curious to learn about Dramatic Publishing's new offers.

I always enjoy and appreciate your blog.

I guess you spotted my miscalculation in the original version of this post - where I said Ray died three years ago. I've now corrected it, to "two years"!

Happy birthday, Ray! I am glad to see Eller's new book coming out. Volume one was excellent.