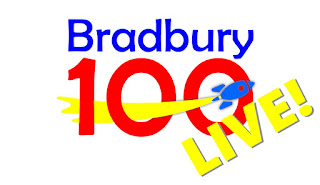 On Saturday 21st August - the eve of Ray Bradury's 101st birthday - I took to the "airwaves" of Facebook with another live edition of Bradbury 100.

I was joined over Zoom by writer and former Hollywood animation producer Steven Paul Leiva. Steve knew Ray Bradbury well, having worked with him on the abortive Little Nemo In Slumberland film project, and having organised "Ray Bradbury Week" in Los Angeles in 2010. Steve was also the very first interview guest on the Bradbury 100 audio podcast about a year ago, and it was great to talk to him again.

The live show was recorded, and below you will find a slightly remastered version of the show. Highlights of the show:

You can find out more about Steven Paul Leiva on his blog, which also has information on his books, which I heartily recommend.