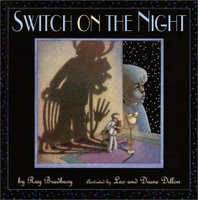 I was delighted to hear from Gene Beley, the author of the unauthorised biography of Ray Bradbury. Gene had seen my review comments on his book, and posted a comment on this blog. You can view our exchange of comments here.
Posted by Phil at 4:42 pm