It's now two years to the day since Ray Bradbury died.

Interest in his work continues, and has perhaps even intensified. Coming soon are:

Meanwhile, in Hollywood, Disney is planning its second attempt to film Something Wicked This Way Comes with Seth Grahame-Smith as writer-director. And in just over a week, BBC Radio 4 will be topping and tailing its season of SF dramas with two new productions based on The Illustrated Man and The Martian Chronicles.

In the last year we have seen academic texts about Bradbury's works:

Finally, we have seen Bradbury's office contents shipped to the Center for Ray Bradbury Studies for preservation future study, and the sale of the Bradbury house on Los Angeles' Cheviot Drive.
A time of change, to be sure. 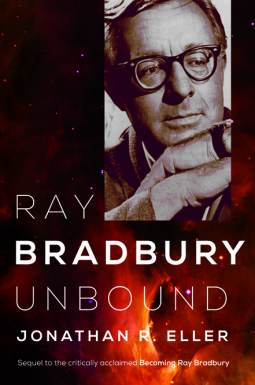