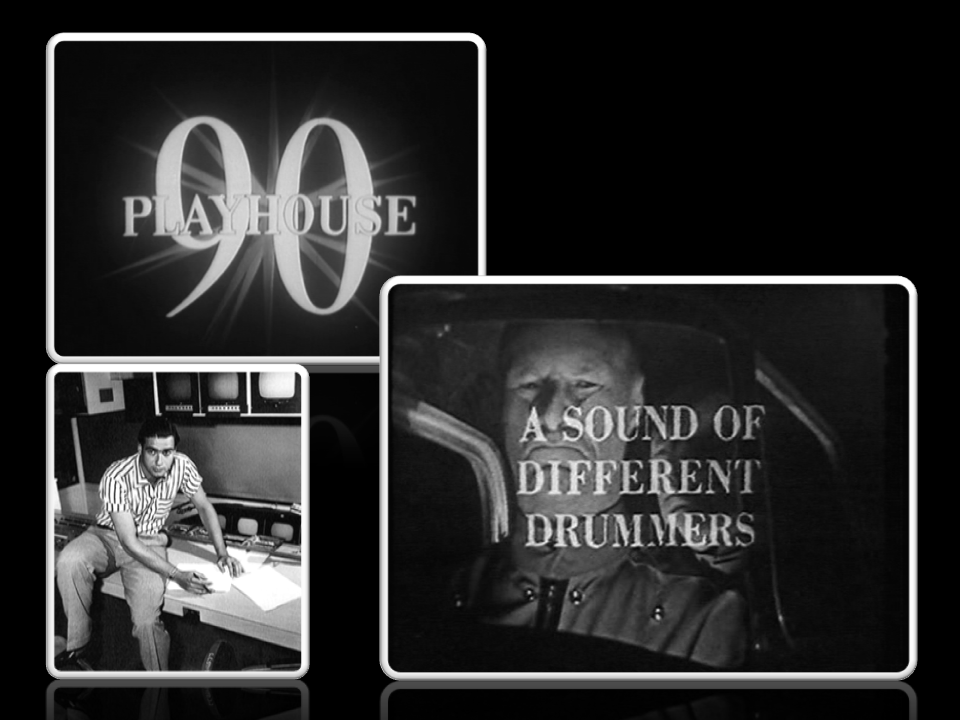 Tonight, the Ray Bradbury film series Ray Bradbury: From Science to the Supernatural continues in Indiana, with a double bill and a discussion panel.

First on screen is a genuine rarity: an episode of the classic 1950s live TV anthology series Playhouse 90 which has never been given any kind of repeat broadcast. Nor has it ever seen any kind of commercial release. "A Sound of Different Drummers" is an original TV drama written by Robert Alan Aurthur, about agents of the state who send books for incineration.

Now, if you think that sounds like Fahrenheit 451, imagine what Ray Bradbury thought when he saw it back in 1957.

Bradbury initiated legal proceedings, claiming that Playhouse 90 had taken his story without permission. At first, he lost. But on appeal, and with the presentation of evidence that Aurthur had prior knowledge of Fahrenheit, he won.

There are three good accounts of "A Sound of Different Drummers". One is online, in Stephen Bowie's excellent Classic TV History blog. Bowie has actually watched the episode (researchers can access a copy at the Paley Center in New York), and makes some great observations about John Frankenheimer's direction. A second account is given in Gene Beley's book Ray Bradbury Uncensored. The third account, and the one which gives most detail of the legal case, is in Jon Eller's biography Ray Bradbury Unbound.


Jon Eller will be co-hosting tonight's screening, and also participating in the discussion panel which will be sandwiched between "Drummers" and Fahrenheit 451. 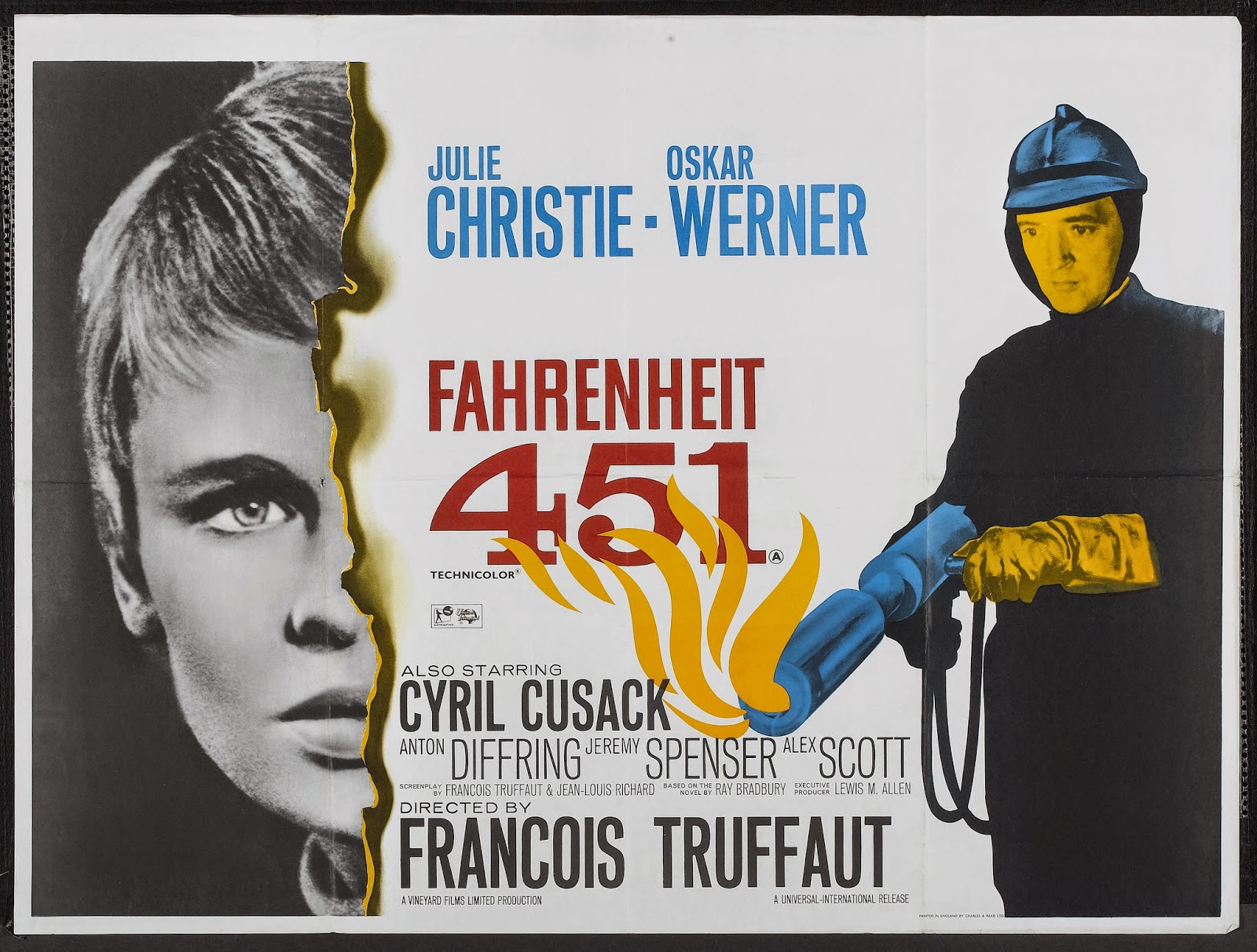 Truffaut declared that he wasn't interested in science fiction, and this makes him a curious choice to direct Fahrenheit. What attracted him to the story was the very notion of book-burners. As a lifelong bibliophile, he took great delight in thinking through the consequences of a world without books.

Contemporary viewers and critics were somewhat perplexed by the film. The mere fact of it being a British-made film of an American book, directed by a French filmmaker, gave it a strange feel. The decision to largely avoid any chemistry between the characters of Montag, Linda Montag and Clarisse gave it a coldness. Some interpreted this revealing a lack of ability on Truffaut's part. My own view is that Truffaut was very conscious of what he was doing, and indeed his films prior to Fahrenheit demonstrate a clear understanding of human relationships. The coldness of Fahrenheit is not a failing; it is the central message of Truffaut's view of a world without books.

Showing Truffaut's vision of Bradbury's text immediately after Aurthur and Frankenheimer's view of a similar (but not identical) scenario will, I hope, allow us to consider different interpretations of the same basic idea. Aurthur and Bradbury were both writing in the 1950s, the era of McCarthyism, but also the era when television was becoming the leading popular medium, threatening to bring about the end of radio, cinema, theatre and literacy. Truffaut was responding to the 1960s, with television rapidly moving towards McLuhan's vision of the "global village".

In between the screenings this evening, there will be a discussion panel. Jon Eller and I will be joined by Ray Haberski, who heads American Studies at Indiana University-Purdue University Indianapolis, and by De Witt Douglas Kilgore, a leading science fiction scholar from Indiana University.

Details of how to obtain tickets for tonight's free events are here: http://www.cinema.indiana.edu/about/visiting-the-cinema/