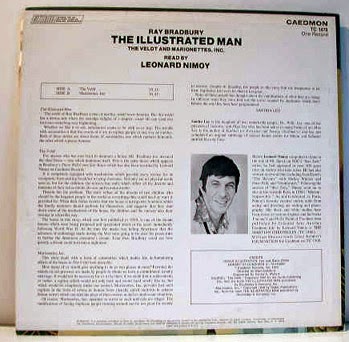 You can't fail to have noticed the widespread tributes to Leonard Nimoy, who died recently at the age of 83. Of course, Star Trek, and of course, Spock. But Nimoy also had an incredibly long career that spanned stage, television, film - and was recognised for his acting, teaching, writing, directing and photography.

It would be impossible for science fiction giants like Nimoy and Bradbury to have never crossed paths, and indeed their paths did cross on several occasions - but curiously the only times when Nimoy acted for Bradbury were all voice work.

Nimoy recorded a couple of spoken-word albums of Bradbury material, which included short stories chosen from The Illustrated Man and The Martian Chronicles. Today, we would call these "audiobooks", but back in the day they were released as LPs.

Later, Nimoy put in an energetic performance as Bradbury's character Moundshroud, in the Emmy-winning animated TV film of The Halloween Tree. On this occasion, Nimoy was performing directly from a screenplay written by Bradbury himself.

It's been interesting to see the tributes to Nimoy, which have come not just from Hollywood, but from NASA, astronauts, and President Obama. He inspired people to dream of space, and of the future; much as Bradbury did. I haven't been able to locate any photos of Bradbury and Nimoy together, but I've sure they met at some point, and no doubt they would have much in common to talk about. 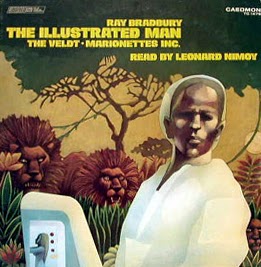 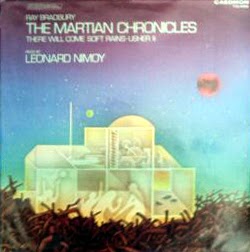 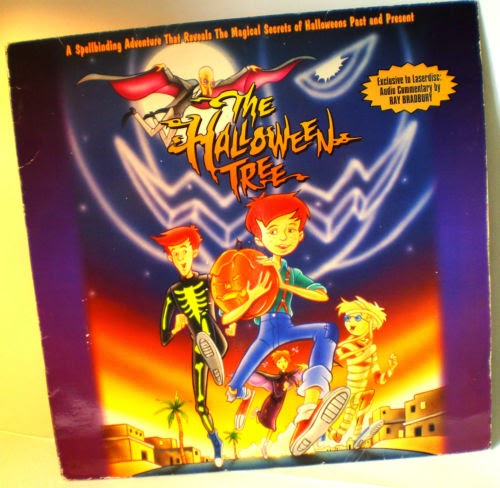