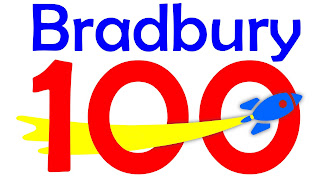 Hi, Phil! So excited to see the new podcast. (Well, to hear it, anyway.) I imagine you have the topics planned out already, but if there's room, we'd love to let the world know about KILLER, COME BACK TO ME, our brand new anthology of Ray's crime fiction, which we're publishing for his 100th birthday. (I selected the stories together with Michael Congdon and Jonathan Eller; Jon wrote a new introduction; the brilliant Paul Mann painted the gorgeous cover art.) Of course crime fiction isn't what Bradbury is most famous for, but that's what makes the book so interesting -- and never fear, a Bradbury crime story is as likely to feature time travel, androids, dark carnivals, ventriloquists' dummies, and other such stuff as it is to feature desperate bank robbers and ingenious detectives. Please reach out if you'd like a copy or have room on one of your episodes to chat with me about it!