BBC Discussion on Bradbury: The Forum 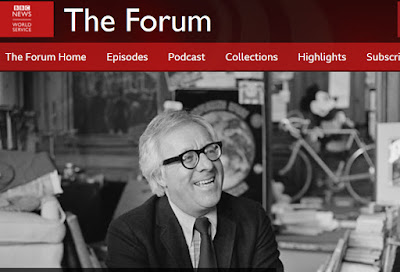 Coming up in a week's time - 13th August -  the BBC World Service radio programme The Forum will be all about Ray Bradbury.

The Forum is a round-table discussion, and this edition features Bradbury biographer Jon Eller, editor of a book on Bradbury's supernatural fiction Miranda Corcoran - and some fellow called Phil Nichols...

We recorded the programme quite a few weeks ago, and it is being released now to (roughly) coincide with the one-hundredth anniversary of Ray Bradbury's birth. The Forum is broadcast on the BBC's World Service radio channel, and episodes are made available to listen online after the broadcast. You can also subscribe to the podcast feed to get episodes delivered straight to your preferred listening device.

Look here for more information as it becomes available.
Posted by Phil at 4:56 pm