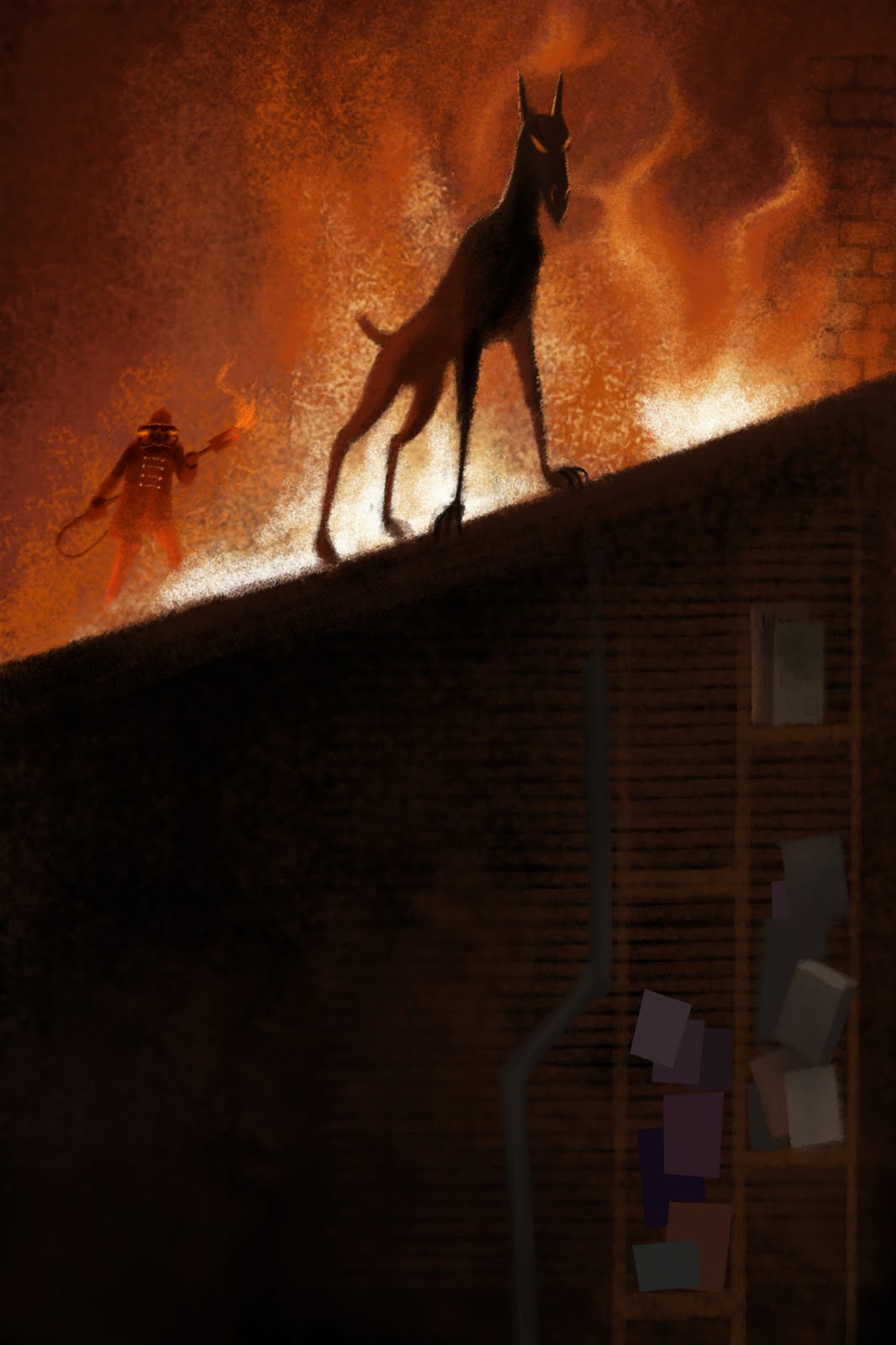 A while back, I posted a link to Glenn Kim's work-in-progress, some paintings inspired by Fahrenheit 451 for Bradbury's 90th birthday. Glenn has now finished his work, and his magnificent interpretation of the "mechanical hound" can now be seen on his blog.

I don't know if I would go along with everything that Dr Joe Vitale says, but here he gives an good interpretation of Melville's Ahab, as depicted in the 1956 Moby Dick, scripted by Ray Bradbury.

If you have seen the title sequence of Ray Bradbury Theatre, you will know the Bradbury Building: it's the real life building in Los Angeles where we see Ray Bradbury (actually a stand-in) step out of the intricate iron elevator before entering his office. The building also featured prominently in Blade Runner and the Outer Limits tv episode "Demon with a Glass Hand", written by Harlan Ellison.