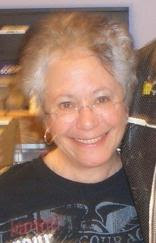 The other day I stumbled across a blog post quoting the singer-songwriter Janis Ian and mentioning Ray Bradbury. It was a bit like walking into the middle of a conversation, in that I got the gist of what was being discussed, but had no idea of how the conversation got started.

Clicking around a bit, I eventually realised that singer-songwriter Janis Ian, probably best known for her 1975 song "At Seventeen", had produced a variation on that song called "Welcome Home (The Nebulas Song)", which can be downloaded here. The song contains dozens of SF references - authors, stories, novels, characters and situations.

The song was mentioned on Kristine Kathryn Rusch's blog, to which Janis posted a comment in which she identifies and explains all the references.

If you know a bit about SF, I think you should listen to the song first, and only afterwards read the explanation. See how many of the references you pick up!

By the way, Bradbury is name-checked in the first line. 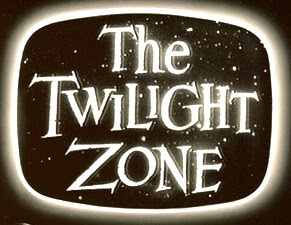 Joe Messerli died last Wednesday at the age of 79. Who he? Only the guy who designed the Twilight Zone, that's all! He also worked on the title sequence of Bonanza, and was an animator and comic book artist. Read an obituary for Joe Messerli here. Read more about Joe's career on his own website, here.


There's more on Bradbury's (video screen) appearance at the recent Ray Harryhausen 90th birthday event at the Guardian's Film Blog.
Posted by Phil at 10:00 am