One of the Missing

One of the Missing is a film originally produced for public television in the US. It was written and directed by J.D. Feigelson, and based on a short story by Ambrose Bierce.

The 2006 DVD release features a restored version of the film, with enhanced visuals and a few minutes of material cut from the original broadcast version. It also includes a brief introduction by Ray Bradbury from one of its public television screenings in the 1970s, and from the same screening Bradbury interviewing Feigelson.

The story is one of Bierce's American Civil War stories, taken from the collection Tales of Soldiers and Civilians. It concerns a soldier on a scouting mission who finds himself trapped in a collapsed building. The story is similar in tone to Bierce's more well known Civil War story "An Occurrence at Owl Creek Bridge", a story whose fame has no doubt been enhanced by television adaptations on Alfred Hitchcock Presents and The Twilight Zone. 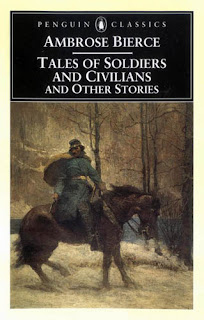 Feigelson's film takes a couple of liberties with the source material (his scout is a confederate, Bierce's was from the other side!), but creates a strong dramatisation of the story. He does this with minimal dialogue, and with a deftly created image system. Watch for the parallels between the actual Civil War photo at the beginning, the soldier trapped beneath a fallen tree, a spider web in a flashback, and the final shot of the film. 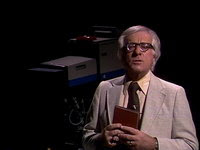 It is rare for Ray Bradbury to act as the host of a TV show - Ray Bradbury Theater being the one exception. So what led him to take this "job"?

There seems to be a couple of answers to this. Judging by his comments in the introduction and interview, he seems to be an admirer of Bierce. But the main reason is that Bradbury was Feigelson's mentor. This isn't mentioned in the video content of the DVD, but is discussed in the director biography on the disc. 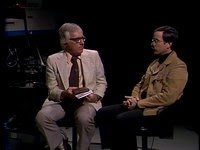 In the interview, Bradbury and Feigelson discuss their shared love of Hitchcock - one of Feigelson's influences in the styling of One of the Missing. They also discuss previous adaptations of Bierce, such as the Twilight Zone episode.

Some years after One of the Missing, Bradbury would be instrumental in landing Feigelson a job on the revived version of The Twilight Zone. Feigelson would write and direct "The Burning Man", in my view one of the best adaptations of a Bradbury story. You can read my review of this episode, and more information about how Feigelson got the job, here. 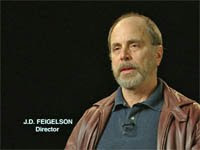 One of the Missing is an interesting DVD, but something of an oddity. The film is less than an hour in length, and is something of a slow starter. The DVD commentary is shared between Feigelson and a producer, and although it contains some interesting insights, they spend much of the time describing the story.

There is also some confusion over when the film was actually made. According to the DVD sleeve and IMDB, it was 1979. But according to the copyright date at the end of the film it was 1969 - and during the DVD commentary Feigelson mentions shooting in 1968.

I wouldn't recommend buying the DVD just for the Bradbury content (which amounts to about fifteen minutes at best), but if you like a suspenseful, visual and short Civil War movie, this is a good one!
Posted by Phil at 11:43 am