There aren't many writers still active who were exact contemporaries of Ray Bradbury. Ursula LeGuin, Richard Matheson and Brian Aldiss come close, but they all began publishing in the 1950s, around a decade after Bradbury got started as a professional.

Fred Pohl was born about nine months before Bradbury, and he is still active today, writing both fiction and... blog posts.

I had the privilege of meeting both Fred and Ray, and saw them together on a panel about Mars. They both have a connection to the red planet, Bradbury through his Martian Chronicles, and Pohl through his award-winning 1976 novel Man Plus and its sequel.

Hence, they both delighted in playing with the red planet: 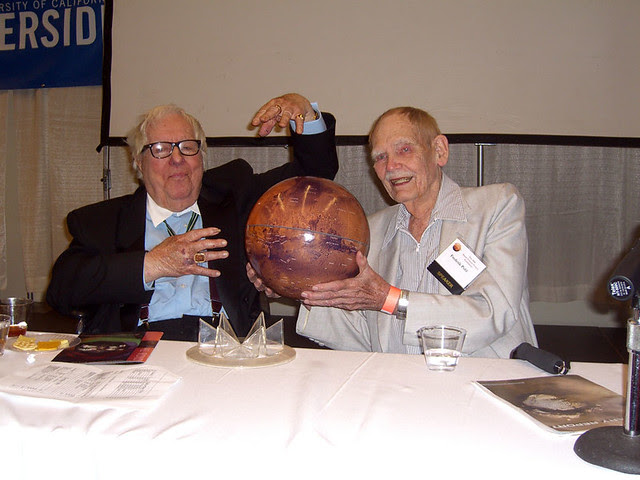