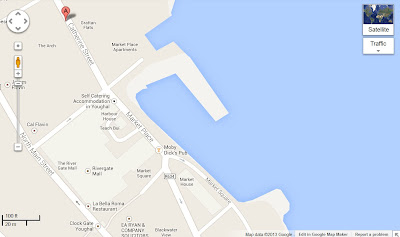 The small Irish town of Youghal, County Cork, stood in for New Bedford in the 1956 film version of Moby Dick, written by Ray Bradbury and John Huston.

When I was looking at "widow's walks" recently, it occurred to me that the rather fake looking widow's walk in the film was probably a production designer's add-on to a real house. So I thought I would go looking for that house, courtesy of Google Street View.

And what do you know, the place hasn't changed much. The widow's walk is long gone - taken down the day after shooting I expect - but the building remains. It is still happily trading on Youghal's five minutes of movie fame: it is now the Moby Dick pub.

Here's the two glimpses of the widow's walk in the movie: 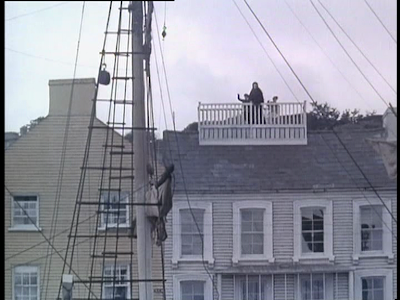 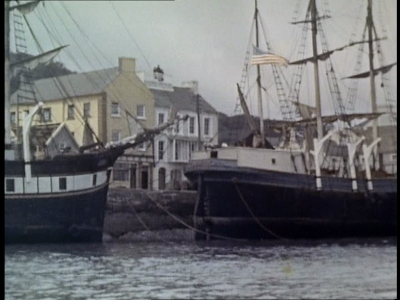 Notice the old movie trick of concealing the buildings as much as possible (with ships in this case) so as to save on the amount of dressing required on the facades. Notice, too, that the closer shot clearly shows timber cladding on the walls, making the building(s) seem appropriate for New Bedford.

Here, on the other hand, is the same building today (or when Google's camera car last went past). 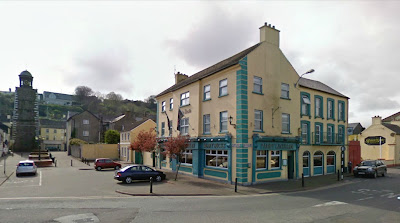 There are some more photos of the Moby Dick , including signs mentioning both John Huston and Gregory Peck, on this Google Plus photos page belonging to Martin Zima.

A couple of years ago, a small film-making crew recreated some of the Youghal scenes from the film. You can read the story and view some photos here. For photos from the shoot of the original film, watch this excerpt from an RTE documentary on John Huston:

Apparently, when in Youghal, you should drop in to Moby Dick's for a pint of Murphy's... 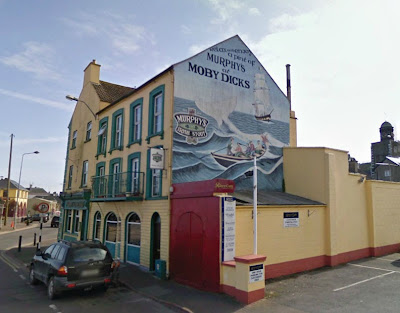 As the Pequod finally gets underway, it leaves New Bedford behind. The last we see of the place is a lighthouse and the headland across the bay. Of course, it's Youghal lighthouse we see in the film... 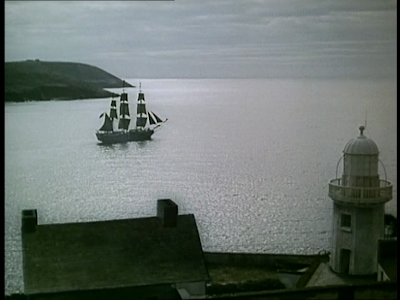 ... as we can see from this Google Streetview image, which is almost an exact match: 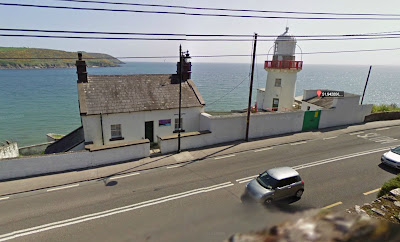