Something Fishy This Way Comes

One of the finest aspects of the 1956 film version of Moby Dick, written by Ray Bradbury and John Huston, is the art direction supervised by Ralph Brinton. The story holds off from showing Moby Dick until the final scenes, but imagery of the whale is ever-present throughout. Here are some of those fishy moments.

(And yes, I know a whale is not a fish. But try telling that to Jonah.) 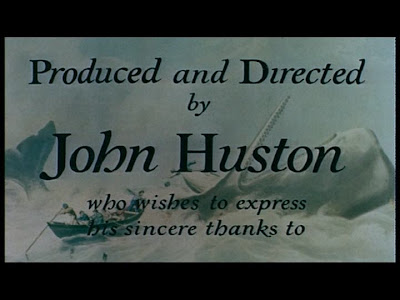 Huston's main credits, backed by a painting of an upturned sperm whale. This is one of the few films to have spoilers in its title sequence... 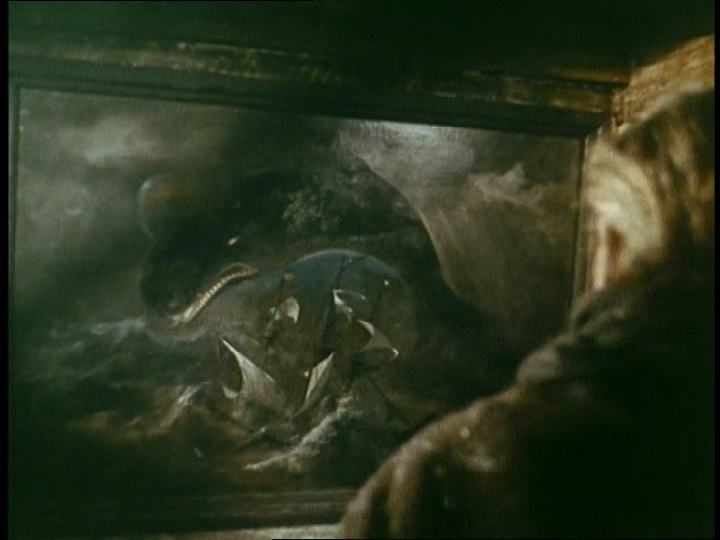 Ishmael's first glimpse of a whale, in the painting in the Spouter Inn. "Can whales do that?" he asks. He will find out later. 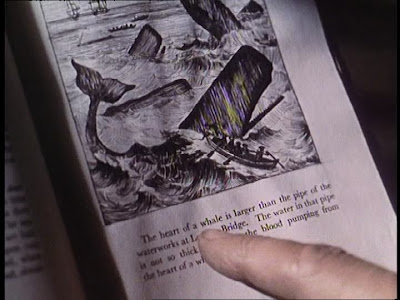 Queequeg enjoys the pictures in a book, but cannot read. Ishmael helps him out. 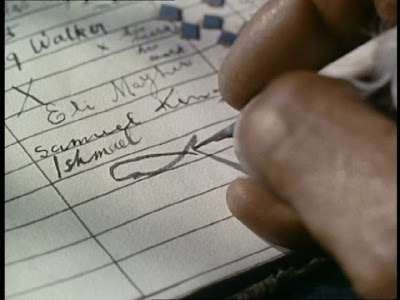 Signing on as crew of the Pequod: beneath Ishmael's signature, Queequeg's sign of the whale. 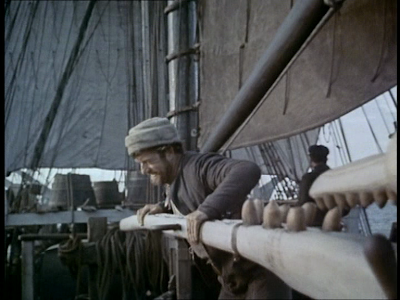 The tiller of the Pequod, made from the jaw of a sperm whale. 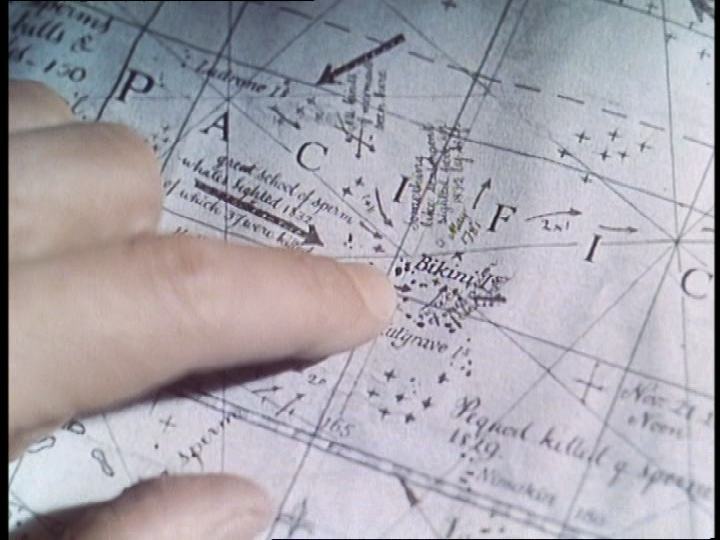 Here there be whales: Ahab's intricate and detailed charts obsessively chronicling the movements of Moby Dick. 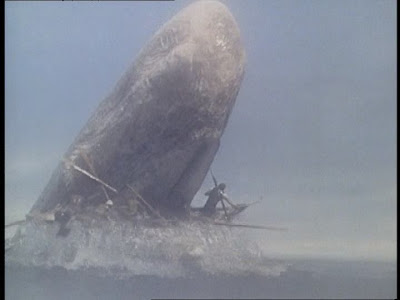 Thar she blows! The white whale finally appears, and swallows up Ahab's boat. 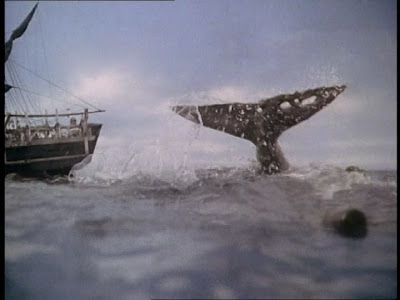 What a fluke: Moby Dick's final actions, after ramming the Pequod, creating a mighty whirlpool which will swallow up everyone and everything except Ishmael.