Time for episode 9 of my Bradbury 100 podcast. This week, we look at Ray Bradbury's popular "Elliott family" stories - you know, his characters Cecy, Uncle Einar, Timothy and so on. Ray started writing these stories way back in the 1950s, and returned to them periodically until he eventually wove the stories into a novel, From the Dust Returned (2001).

My guest is Miranda Corcoran, who is co-editor (with Steve Gronert Ellerhoff) of a new book called Exploring the Horror of Supernatural Fiction: Ray Bradbury’s Elliott Family.

Until now, scholars and critics have paid little attention to the Elliotts, but their time has come! This book is from an academic publisher, so the cover price is high. It's the sort of book you need to persuade your local friendly librarian to buy... 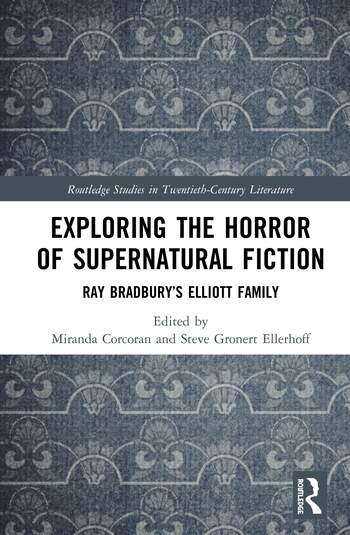 Exploring the Horror of Supernatural Fiction: Ray Bradbury’s Elliott Family on Amazon UK, and on Amazon US.

The Charles Addams connection - how the Elliott family met the Addams Family.