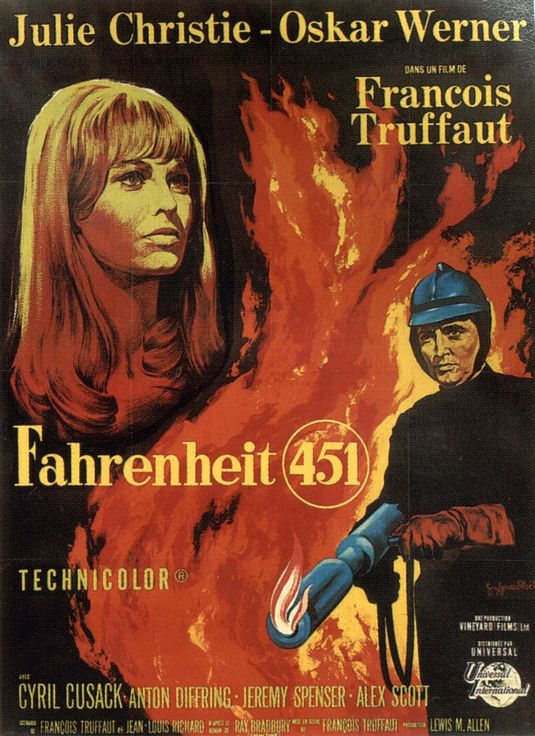 Critic Jonathan Rosenbaum has posted a brief note on his response to a recent re-viewing of Truffaut's film version of Fahrenheit 451. He notes in particular that Truffaut seems to be reflecting the Nazi occupation of France in the film, and cites a couple of scenes that support this idea.

It's an observation I have seen elsewhere, and is one that I have been considering in my own current study of the film. When you add this to some of the other pecularities of the film - the awkwardness of Truffaut working in a language (English) which he barefly spoke; the British studio practices which must have been so different to his experience of film-making in France; Truffaut's decision to style the film in opposition to the James Bond films - it's no wonder that the film seems so odd, and in some ways at odds with Bradbury's novel.

Rosenbaum viewed the film as part of a tie-in event for Listen to the Echoes. He apparently conversed with Bradbury and Sam Weller via Skype after the film.
Posted by Phil at 9:00 am